Welcome 2 Tha Midwest .... HOOD Illustrated Magazine headed up north a little bit to lock w/ Michigan_Nook and put some shine on his latest smash hit "Dreadz N Bread" Feat. Tee Grizzley and SadaBaby.  Reppin' Saginaw, Michigan and bouncing back w/ a remix that has generated some additional steam from a track that had already started creating…

HOOD Illustrated brings you new music from TDE's flagship artist Jay Rock... Gearing up for his upcoming release; the label has released the Audio for his new single #Win !!!!!  Check out more music from @JayRock and the entire TDE roster.

Contact @HOODIllustrated for the latest in Hip Hop News and Music. 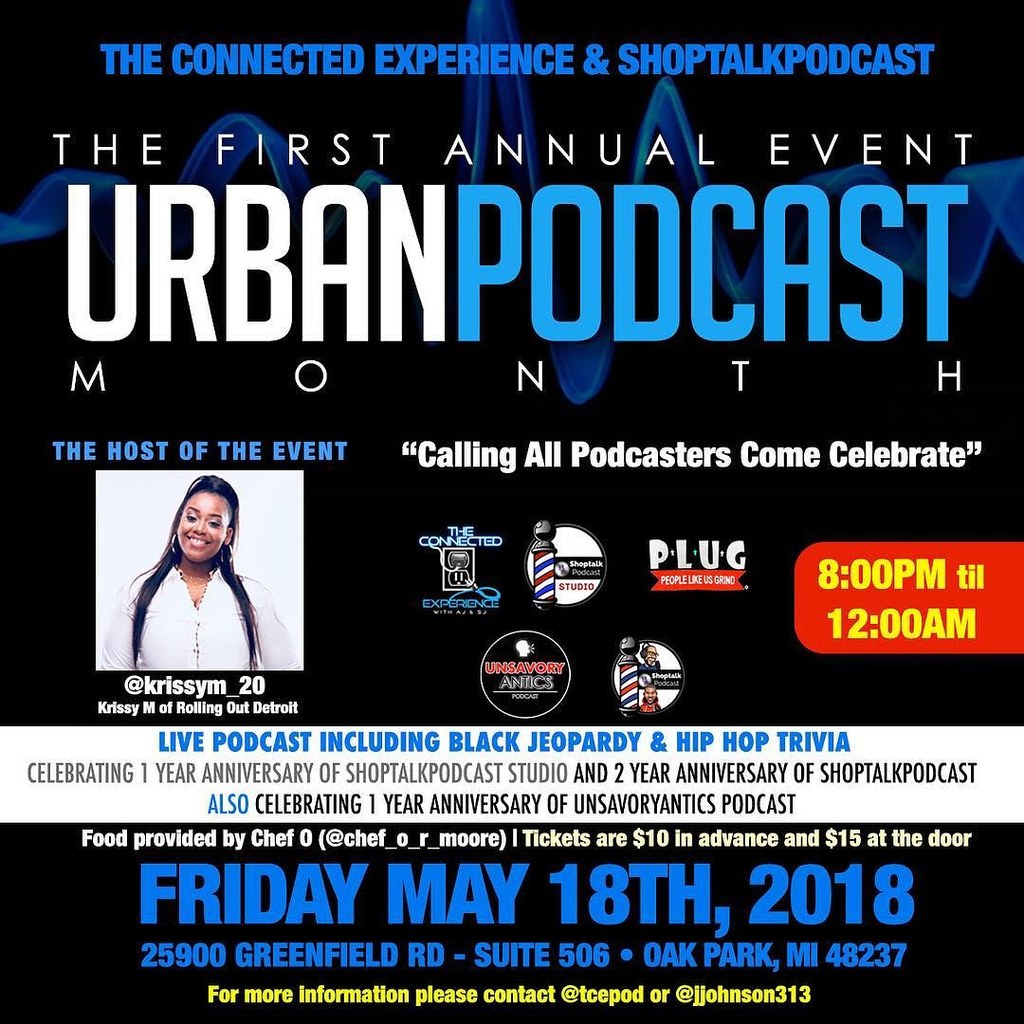 CALLING ALL PODCAST AND JUST PEOPLE IN GENERAL
It’s going down Friday May 18, 2018 from 8pm-12am at 25900 Greenfield rd. suite 506 Oak Park mi 48237 as we celebrate #Urbanpodcastmonth. Come out and play “Jeopardy for the culture” and “Hip hop trivia” with The Connected Experience (@tcepod) Shoptalk Podcast (@shoptalkpodcast) Unsavory Antics (@unsavoryanticspod)… 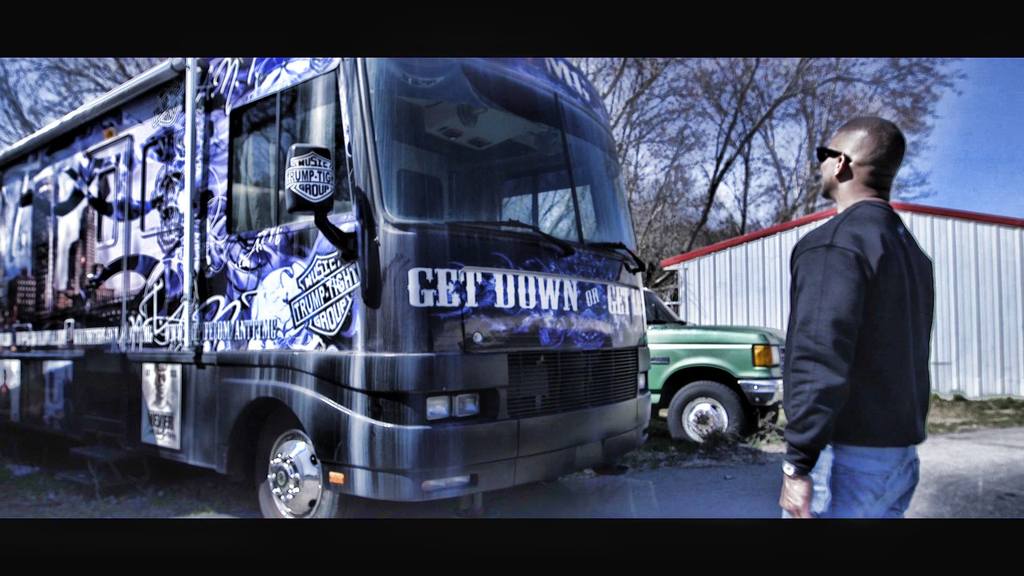 Trump Tight Music Group Presents the new visual from A.N.T #TrumpTightMusicGroup titled "Release Date" A.N.T is known to the followers of HOOD Illustrated as he graced the cover of Issue No.7 which also featured MGK on his first Hip Hop Magazine Cover.  Over the years A.N.T has remained… 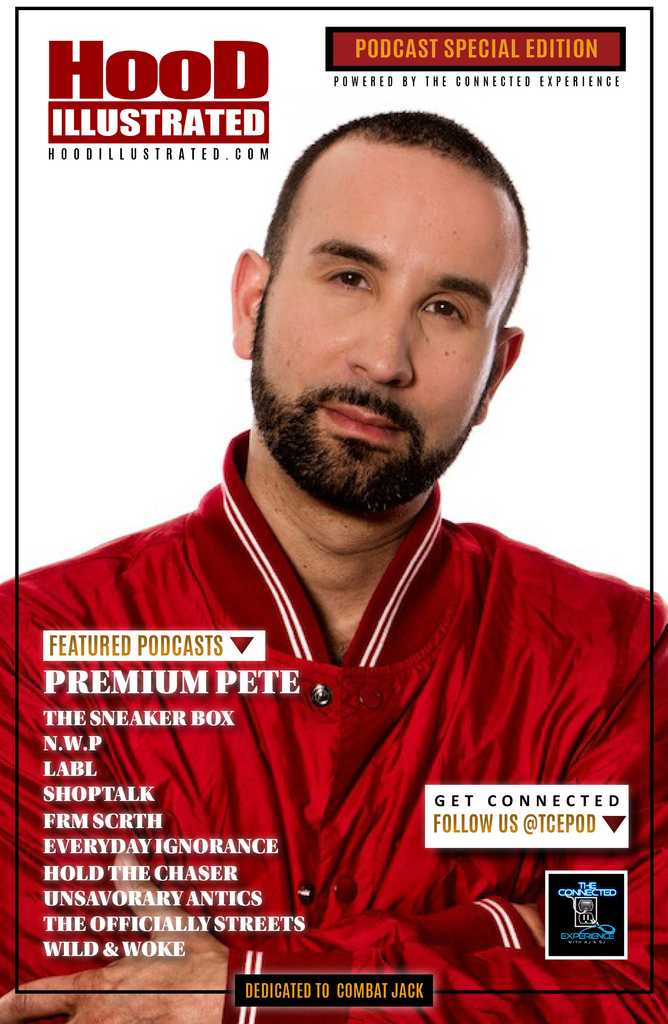 HOOD Illustrated Magazine x The Connected Experience Podcast ( @TCEPod ) have collaborated and created the 1st ever Digital Podcast Magazine Issue. This Special Edition publication features cover artist Premium Pete and serves as a backdrop to the Inagural Urban Podcast Summit taking place on January 17th in Detroit, Michigan. Also in attendance will be… 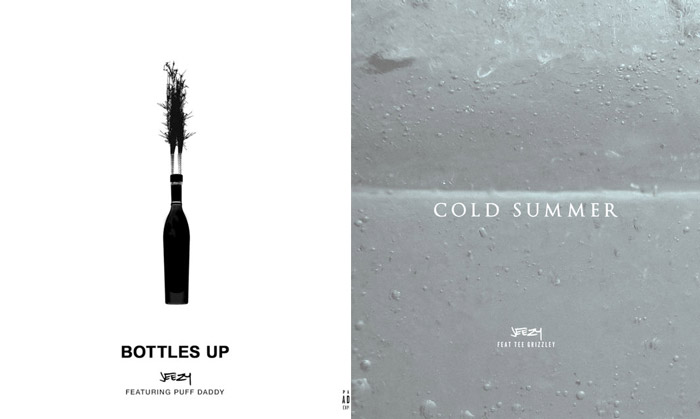 Midwest .... Stand Da F#ck up.  You already know Jeezy dropped some fire today with two new singles "Bottles Up" Feat. PDiddy and another #CertifiedHOOD banger "Cold Summer" Feat. Tee Grizzley.  The Snowman 2nd home is the Mitten if you don't already know w/ past situations with DBCO and lately his hit records have been coming "Str8 Outta Inkster" Michigan; One of the most slept on cities in the Midwest has been producing some great contributions to the rap game.  Today on October…

The emcee known as "Gelo" has just released his new video for his track "Bands" and it is quickly becoming talked about. Apparently his first video release, I have to compliment the quality and editing. Fast paced and colorful, mostly shot with graffiti art as the back drop, it definitely held a close essence to real hip hop. The melodic song… Hot off the success of his hit single “Pull Up,” Epic Records/Awesom Life artist, Swift, is back with another summer banger. How does he do it?

“I have a certain way of making music, I bring a piece of hip hop and soul back into music even if it is commercial,” explains the North Carolina native, who signed with the label in the Summer 2016 and is currently finalizing his debut…

Bringing you some of the hottest talent in Michigan and the Midwest. Headlined by Sincere of Mid Mobb Section, the list also includes artists such as D-Hall The Queen from Detroit, Pank Dezal from Jackson, Corey Dollaz & Mark Jugg from Saginaw, Haze from Lansing and more. Doors open at 9 show starts at 10pm. $10 at the door all night but doors will…

HOOD Illustrated Profiles 3D Na'Tee New Visual "Maria" off her  project titled "The Regime". With the new project "Songs That Didn't Make The Tape" dropping on March 31st she made sure that the HOOD got the re-up on some quality street music.  Make sure you check out her Exclusive HOOD Illustrated interview right here -> …

D Ali coming thru with another banger #Compton is a one of those tracks that get you hyped as he pays homage to The originators of this gangsta sh!t "Rest in peace to Eazy; b!tch we Ruthless". Follow him online at  @D_Ali700 and keep watch for the debut "ALPHA"   -  Powered by… 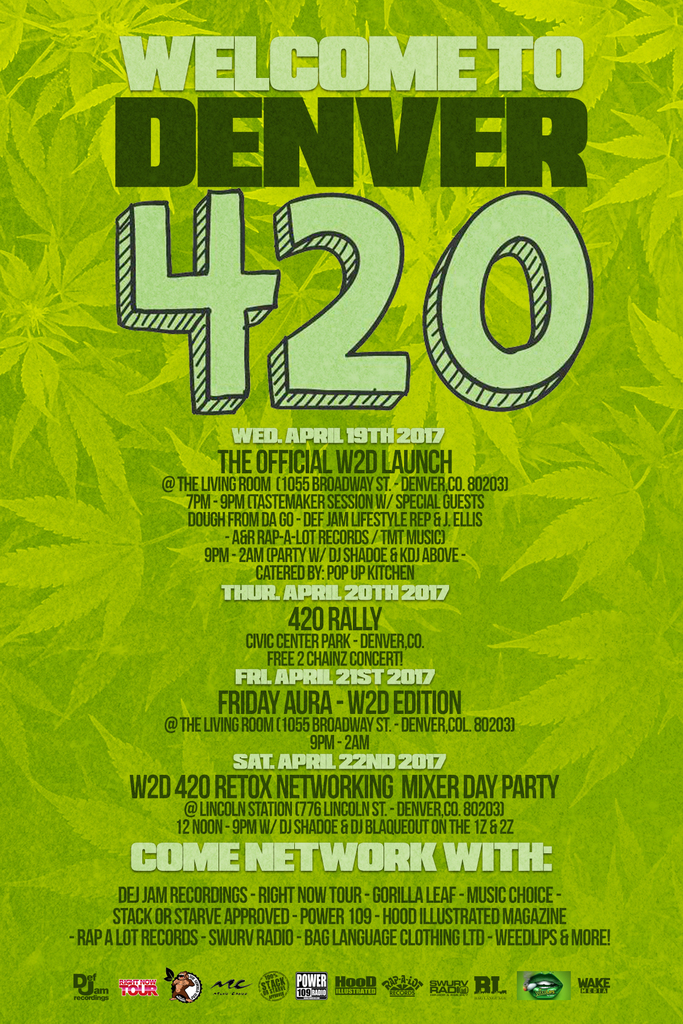 Once again it's on ... Follow the smoke to Denver, Colorado on 420 and check out what Dough From Da Go [Published as one of HOOD Illustrated 17 Midwest Faces You Should know / Issue No.10] got growing in the Mountain West.  From Wed 4/19 - Sat 4/22 it's gonna be a movie played out in real time as the… 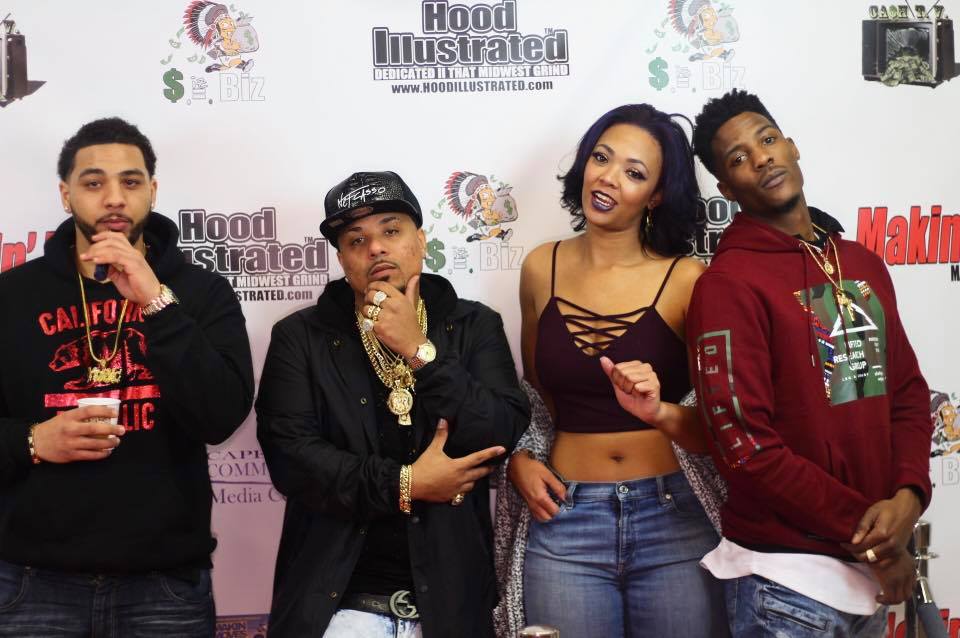 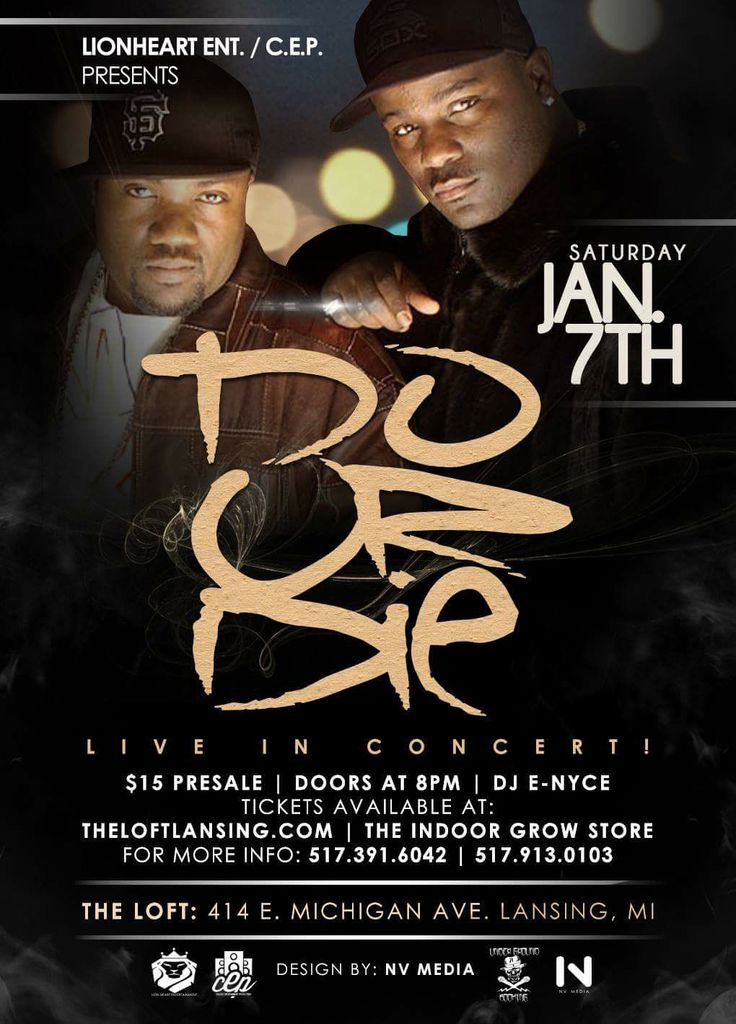 Midwest Hip Hop Pioneers "Do or Die" are performing live in Lansing, MI on 1/7/17 at The Loft Lansing.

Lion Heart x CEP is back at it bringing you some classic Hip Hop music for the 517.

UGHHA Awards Weekend !!! One of the Biggest Midwest Networking Events - All Details In the Blog HOOD Illustrated had to recognize on of the top Midwest Hip Hop Artist reppin' Detroit. Stretch Money is a staple of the golden era of Detroit Hip Hop; This is a must here Check out this new track "Salute" and another dope visual "Where Was You… 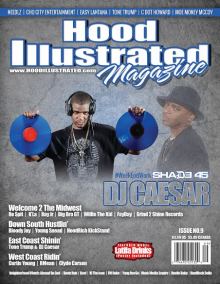 DJ Caesar host of #WeekendWork w/ Coach PR on #Shade45 has just finalized a #Heavy industry move for himself and his movement by adding another notch to his resume'. Back in Philly as a PR Director with a new show on 109.3 BOOM Weekdays ( The Afternoon Wave ) 3pm - 7pm including the 5 o'clock splash mix Starting in January ...

Produced by @2Drumatik Video Directed by Michael Styles . Chopps is a big time well known local artist from battle creek Michigan who is very descriptive with his story telling/trap style of music as shown in the video above. Just months ago he was blessed with the opportunity to work with Boosie BadAzz (our today's 2pac) as chopps would…

When Sean Delaney came on the scene in 2014, he knew about the uphill battle he would face along…See More
5 hours ago
0 Comments 0 Promotions