Sultry East Coast Artist, Stormi Maya brings a "Body of Work" for You to Experience

The Bronx, New York native, Stormi Maya is a female MC/rapper has a message to convey. The newcomer is 23 years old and is ready for the rap game. Bringing her truth to the forefront is the calm to the storm. Her style takes you back to the old school 80's - 90's era while adding a feminine conscious touch. While in the studio, Stormi Maya records tracks that empower women. Also, she spotlights the black struggle and sexism; as well as embraces her sexuality and emits positivity. 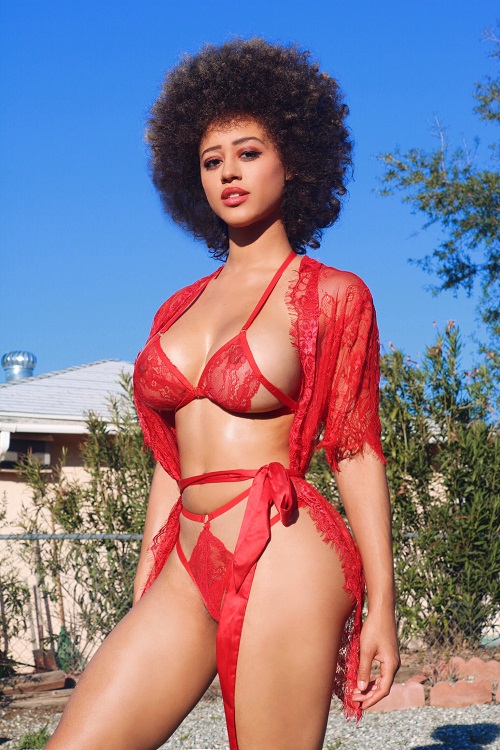 Originally, Stormi Maya's career begins as a model, modeling for exclusive lingerie brands and Playboy for two years. Stormi Maya started performing in community theaters around New York City. In time, Stormi decides to become a professional actress in theater, film, and TV. Stormi has performed in many off-Broadway plays around the country, and has directed theater. She is a recurring character (Yennifer Clemente ) on Spike Lee’s Netflix Season 2 how “She’s Gotta Have It.“ Additionally, Stormi can be seen in a variety of Indie films, multiple Netflix productions and "Mostly For Millennials" on Adult Swim. Stormi Maya is represented by manager (music) Donald Robinson Cole.

Stormi Maya is definitely a triple threat and has entered the Hip Hop industry. During this short time of her career, Stormi releases her EP “Body of Work, “a collaborative project with producer Donald Robinson Cole aka Megadon.  As a diverse artist, Stormi has tracks that make you want to raise a fist for change then grind to sexual temptations. Look forward to seeing more of Stormi, she is working on releasing back to back singles all year.

For Features and Bookings: Stormimayamusic@gmail.com