When you're a living confirmation that “Scars are proof that you’re stronger than what tried to kill you“ - your next move should be your best one. Born in Anniston, Alabama, Damien Sane is an intimately-layered artist with a message for Hip-Hop. During his career, he has managed to release several singles like…

From the gritty streets of Los Angeles, by way of Compton, CA, Kushy Carlito, an up and coming artist in entertainment, is primed to take the game by storm. Emerging onto the scene with his kushy flows and witty wordplay, Kushy Carlito delivers an array of records portraying tales of the struggle, shedding light…

When you think of Music as a hot commodity, MJ The Jeweler fits the bill. He comes from a small place that makes a big impression along with his impeccable swag. Originally from Nassau Bahamas, this Florida native is adding some new flavor to Hip Hop and is a star in the making. MJ's music will lyrically stun you along with his strong delivery. Most of his fans…

Hip-Hop Artist, 252 Lico serves his Long-Awaited EP, "Who Want It" to his Fans 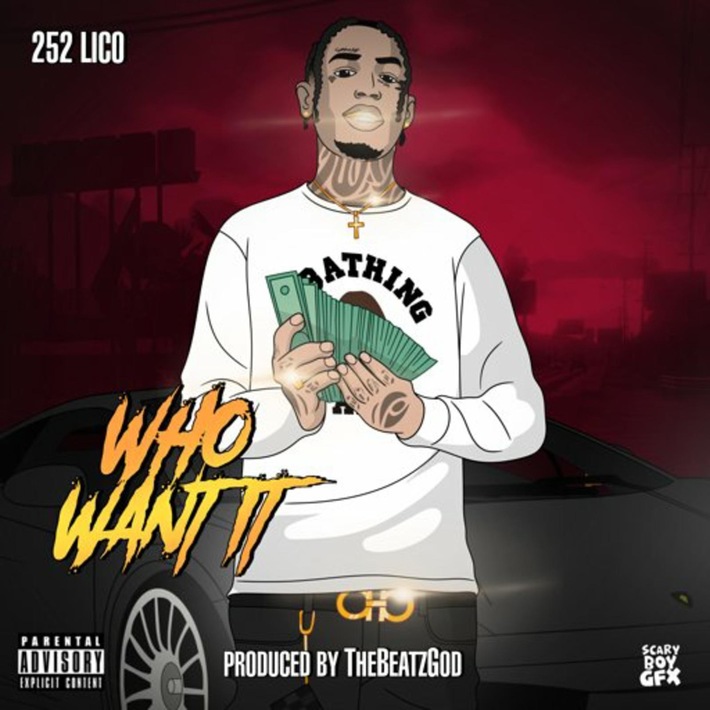 Hip-Hop artist, 252 Lico aka “Damian Joseph Norman” continues to show why his music should stand out. Born in a small town in North Carolina by the name…

YVNG SWAG starts the first quarter off with a bang. The new single, "2020" is a great introduction to what we can expect from the Millennial Hip-Hop Artist. The Celebrity Dancer and Entertainer was born and raised in Maryland is on the rise towards success. With more than one million followers on Instagram, he is one of the best well-known entertainers in the…

Contemporary soul singer, T.K. Soul born Terence Kimble in Winnfield, Louisiana on August 26, 1964. From a young age, Kimble has a keen ear for music and soaked up the influences of soul, funk, and R&B artists ranging from Stevie Wonder, the Jackson 5, and Al Green to Maze, Rick James, and Prince. When he was ten years old, Kimble picked up a guitar and…

Nigerian Hip-Hop Artist and CEO of FMINC (Fresh Movement Inc.), CaZe aka Habeeb Opeyemi Kazeem was born in Surulere, Lagos. Bred and battered in Lagos makes him truly a city boy. During his adolescent years, he attended primary school in Lagos then later moves to Federal Government College located in the Idoani, Ondo State for high…

Why Is Everyone Talking About Tayo?

Seattle native, Tayo is an upcoming artist that's fresh on the music scene. He became active about a year ago when he put out his first releases, previously under the name Yvng Tayo. Even though his debut songs are indeed quite recent, he is no stranger to music-making. Tayo has been perfecting his craft behind the scene for…

Heistheartist is not your average singer/songwriter. His music roots are deep within folk and pop, with a sound that reminds of artists like John Mayer, Ed Sheeran, or Sheryl Crow, only to mention a few!

In an era of mumble rap, Chicago artist and profound emcee, Vell Da General is set to release his latest project "Da Platoon." VDG is no stranger to the industry, he has an arsenal of material that includes “Morse Code” and "Ambush."

Nyke Ness is the new kid from Maryland looking to set a new bar -made by DMV talent. The Dopamean Music Entertainment artist is making a statement on the East Coast and has yet to disappoint. The truth is "Nothing ever came without work - Nothing ever happens behind fear. It's life, just live your…

At the tender age of four,…

The Sioux Falls, South Dakota native, T.A. is a rapper and singer who has collaborated with Post Malone on his “I Know” record last year. Currently, he is negotiating with Epic Records after Republic tried to remove the song from the streaming companies.
…
Continue

YaMatto is a rising young rapper with a revolutionary world view and a sinister sense of humor. Emerging from the concrete slums of Hoboken, Antwerp -he delivers elegant tracks that are equal parts thought-provoking, stimulating, and head nodding. At only 20 years old, the Belgian artist raps without a filter, transforming his everyday stories of…

East Coast Rapper, WilLocz goes hard with his 2nd EP out now, "Life of A Ghost"

WilLocz a indie rapper raised in Miami Dade County, WilLocz was born on a small island off the coast of Haiti. In 1992, he came to America after hurricane Andrew hit Miami, Fl.

His early mixtape F.T.A From The Ashes was released in 2018, and then in April 2019 releasing his 1st EP "WilLocz The EP" with singles "Drip" and "Pleasure". He goes…

"Make America Twerk Again" (M A T A) was put together by Lil Tronny Dump, a very talented artist. He is no stranger to creating new and refreshing sounds for music lovers. The curve of hip-hop is constricted to any standardized rules of composition where artists can express their wisdom and insights through the lyrical excellence of their…

Southern Hip-Hop Artist, B. Baggy teams up with Belise on his latest single, "Chimenay"

South Carolina native, B. Baggy is an up and coming artist who delivers real-life circumstances. He is becoming an adept storyteller with refreshing punchlines and views. Steering clear of repetition, Baggy prefers an organic approach to song structure. This is evident in his mixtape-" Unknown Unknowns" with tracks such as "Clean" and "Smooth…

Southern Hip-hop artist, Teejaye is a 28-year-old native of Hammond Louisiana. The city of Hammond has never had any mainstream success in over 40 years. With influences such as Boosie, Kevin Gates, and Jay Z, TeeJaye is working extra hard to put his city on the map.

TeeJaye's music reflects on his tumultuous life as a teenager.…

Multi-talented artist, Therese Marie is an American Pop, Country and Gospel artist from Missouri. She was introduced to music at a young age and has been making moves ever since. At sixteen, one of her accomplishments includes becoming a business major in college. Her desire to pursue a career in acting impacted her decision to further her education.…

Florida Native, EdThatsMyCup's "Off The Drank" video makes a statement on the Web

Philly Blocks and Team 563 present the "Murdaville Mobster" the "502 Bully" HSMG Q. Due to the high volume of cap that has infected the majority of the rappe...
8 hours ago
0 Comments 0 Promotions