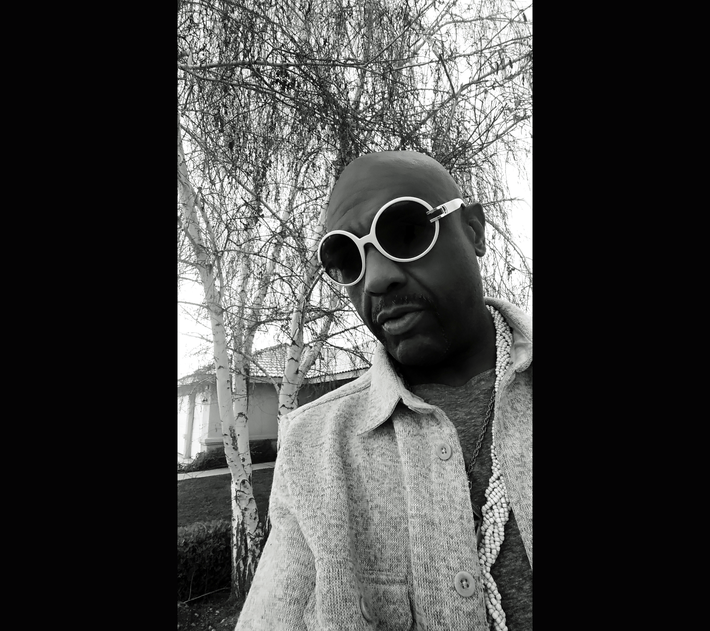 Describing his style as “FunkJazzHop,” Mr. Who???” makes music that is impossible to pin down, fusing the endless creativity of 70’s funk with jazz inspired melodies, and liberally sprinkling in open hearted hip-hop rhythms. With his 2019 album “Paint The Sky Funk,” he moves beyond his influences to create a sound all his own, and an album unlike anything you’ve ever heard.

After a brief intro, the album kicks into gear with “Yo Azz In Some Good Trouble,” which sets the tone with its syncopated bass line and eccentric vocal dialogue. The eight minute track takes it time, setting a groove that stays engaging over the course of its run time before giving way to “Open Up Your Mind By Mr Who,” an atmospheric jam that implores the listener to “open up your mind to your third dimension.”

The theme of cosmic connection continues on album highlight “Late Night Long Days,” a seductive slow burner that invokes peak era Prince with its 80’s synth sounds and inter gender harmonies. “Watch The Snakes In The Grass” follows, with a militant drumbeat accompanied by equally abrasive buzzsaw synths, showing the artists in-your-face side. Mr. Who??? embraces full on soul to astounding effect on “All Night,” his voice velvety smooth with hints of Marvin Gaye and Al Green. By the closing notes of “The Whomix Elevation of Trap,” the listener feels like they’ve been on a long psychedelic journey worthy of endless replays.

Over the course of the album’s twenty one tracks, Mr. Who??? never stops experimenting, with each track taking on an unpredictable life of its own. It is easily apparent that this an artist with vision, chops, and ambition to make a grand statement, taking the genres he loves and reshaping them in his own image.

Have you ever been faced with immeasurable obstacles or circumstances out of your control? Did you…See More
Thursday
0 Comments 0 Promotions