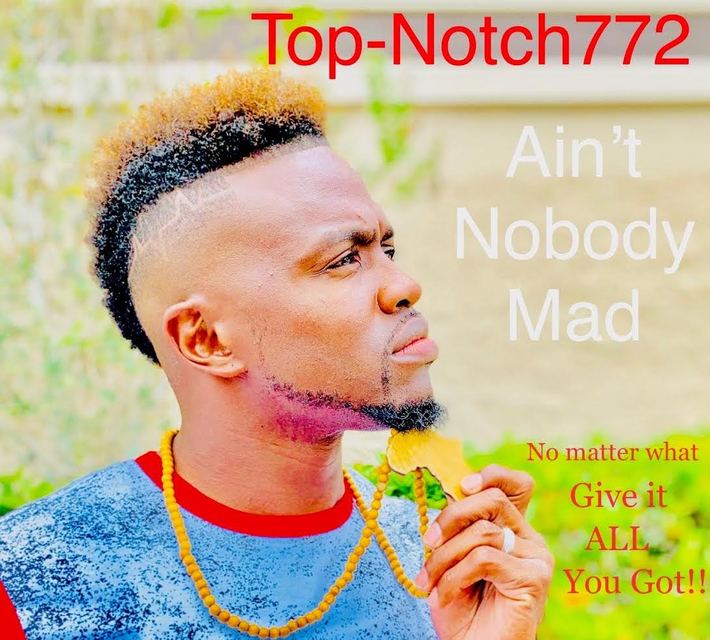 Today rapper Top-Notch 772 releases his next single for the track, "Ain't Nobody Mad." Expressing himself in every word of authentic Florida slang, Top-Notch 772 , represents a small coastal city just a few hours from several of Florida's most populous cities in Miami, Orlando and Tampa.

"Pretty much I just write what I feel at the time or whatever I'm going through and what's on my mind and what I see." Top-Notch 772 said. "The lyrics come to my mind, I write it down and it's just how I'm feeling at the time. I record it and say everything thats on my mind."

Connecting with a producer by the name of Will out of Playa House Studio, Top-Notch 772 and his producer have developed a sound all their own. But while Top-Notch 772 continues to develop his craft, at times he reflects on his life after football having broke his leg during the Buffalo Bills mini camp and he was never able to return to playing the game that he loved because the bone popped out of his skin.

"I'm from Florida and played football and in college, but injuries and other circumstances led me to this path here. When I had broke my leg my daddy had been shot in the head and killed and my momma been on drugs he whole life, so I used all that pain and what I had been through and used it to fuel my career," Top-Notch 772 said.

Just a few years removed from a contract with the Buffalo Bills, Top-Notch 772 has linked up with New York-based management guru Smit of Back Door Movements to help realize his goals of becoming a successful artist in the game.