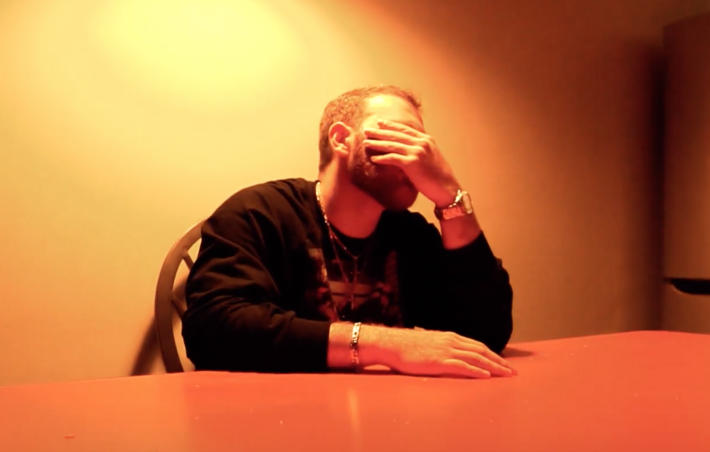 Bringing a varied style to the game Jersey artist Rioma delivers his new single, "Better Off" from his project, The Comparison.

Getting his start with some friends while in college, Rioma started off as free-styling but that soon developed further and he dropped out of college to pursue his career full time, living, sleeping, eating and breathing music.
"Whenever we were just chillin to getting a USB mic and recording over beats," Rioma explained. "I never went to class. I would just stay in my dorm and write music. When I got home from school I was in an ankle cast so being in bed with nothing to do all day had me continuing to write more music. Everyday I would write and when I was out of my cast I eventually built a home studio in my basement and literally never left."
Combining both Hip-Hop and Pop/Rock for a sound that he describes as "more of a vibe," Rioma engages the listeners with something Hip-Hop has never seen before.
"Personally I don't think I have a specific sound due to the fact that I make various tracks in different genres. My Hip-Hop/Rap" sound is more of a vibe, very spacey with multiple flows thrown in to keep the listener engaged. My pop/rock sound is more punctual with with less distraction meaning without backs or in an outs", Rioma said.
Going forward Rioma plans to create a tidal wave of music so everyone knows who he is marked by appearances, touring and special events as he works to build the brand further.