Welcoming the Next Big Thing In Hip Hop: Benny Sinclair 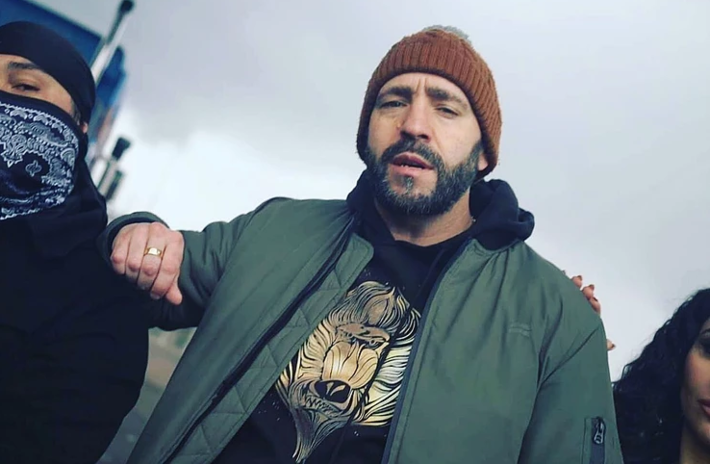 Up-and-coming artist Benny Sinclair shows no sign of slowing down; and we're excited about that. 2019 saw the release of his intelligent new record "Assumptions," that puts Sinclair on the map. As the artist comes to us from Australia, it's safe to say that his reach is far and wide as he hits the States and beyond. His latest video release for "Jungle" proves that Benny Sinclair is in it to win it, and his makes his way in the Hip Hop realm. We had the absolute honor to sit down with Benny Sinclair for a chat on all upcoming.

This year saw the release of your new album "Assumptions." In your experience, how did you prepare and write the songs as well as coinciding the video release?

Some of the tracks started with ideas & then we turned these ideas into songs in the studio with my producers. Other tracks my producers sent through beats & I wrote to the ones that inspired me the most. The songs relate to my own life experiences, what I’ve learnt along the journey & the stories & messages I wish to share with the world! The two videos we recorded for ‘Assumptions’ were for the tracks ‘Nothing Comes Easy’ & ‘Jungle’ they definitely help bring the tracks to life. I'm blessed to have had some great people involved in the videos including some of the best boxers in Australia & a very creative production Team. Everyone has done there part to ensure the Videos turned out right & on time to coincide with LP release!

What is the story behind the title "Assumptions"? And what was the inspiration for it?

Assumptions is my 3rd solo LP. It’s loosely based on my adaptation of the Four Agreements which I use as a guide to personal freedom. I feel this adaptation has assisted my development as an artist. The tracks touch on positive & negative experiences throughout some rough years in my life. I’m pleased to say that the LP finishes on a uptempo note which is a representation of my direction moving forward as I begin to write my 4th Album ‘The Best’.

I like to have a point of difference & mix up my flows according to the beat & melody. I enjoy sounding a little different on each track, it makes each song sound unique! The hook on each track is also very important, it needs to deliver the right message & be enticing to the listener!

I’m passionate about music. Hip Hop is what I love, followed closely by R&B, Reggae, Soul, Latin & Urban music in general. Any music I listen to & really like has an influence on me because there Is something about that track that inspires me to want to re-create it my way, & embrace the sound! The artists that immediately come to mind are Biggie, N.W.A, Wu-Tang, Snoop Dogg, LL, Bob Marley, Stevie Wonder, Al Green, Marvin Gaye, because that’s the artists I listened to throughout my childhood & the times when I first started writing lyrics! Each time I wrote a verse down I hoped that I could make a living from it because I loved what I was doing so much!

Yes I did grow up with music my Opa (grandfather) played a harmonica & my grandparents, Mum & Uncles had good record collections that I would listen to often when I was very young. My Mum would sing her heart out along to the radio everyday around the house. My Dad bought me the best of The Beatles tape collection & a song book & I use to read the lyrics & sing along. My Uncle gave me a Fender guitar which seemed like it was about my height at the time. We weren’t very wealthy when I was growing up so we couldn’t afford a Guitar case or a car. How ever my Mum did put a few dollars aside for me to get guitar lessons. This meant I had to walk about 5kms with my massive guitar under my arm, past all my friends in our neighbourhood who always seemed to be playing in the street each week that I walked past & would be laughing their heads off. The guitar lessons lasted about 1 year, I was 12 to 13 years old. The guitar teacher was a big heavy metal fan, I did mention I liked Rap & R&B the first time we met, he decided to teach me some Black Sabath & Metallica songs. I think it’s fair to say that when the guitar lessons ended I knew Hip Hop was my thing!

Based in Australia, what can you tell outsiders about the music scene in your city? What's the vibe and spirit like?
Who are the key members who helped to make the record and video vision happen?

It can be hard in Melbourne, there isn’t a great deal of opportunity’s for local independent Hip Hop artists, you really have to work hard, try to make it on your own, network, hussle, collaborate & most importantly not give up no matter what. There are some very Talented artists that I’ve worked with along the journey, I’ve created a platform through my business ‘Dime & Ruff’ which runs events to help artists get exposure & experience! The vibe at these events has been Banging. We have had Melbourne artists from all different neighbourhoods & cultural backgrounds doing Hip Hop there own way & the shows have helped bring local Hip Hop to a wider audience. Melbourne is my home & I love & respect the city I was raised in I have many memories, most of which have inspired the content of my Albums. Particularly the track titled ‘This City’ on ‘Assumptions’. On this record 7 different producers worked on the beats including Jhay C, Alfrd, DJ Rellik, Elvis Aljus, Jase Beathedz, Mr.Leigh & Double OO. Jase Beathedz did the mixing, cuts by DJ Rellik & it was mastered by Dave Walker. Lauren Gillard provides vocals on 2 tracks & I have a feature rapper Krown on the LP also. Both the videos were filmed by Jeff Valledor.

I write my music to inspire, motivate, uplift and entertain, live the best life you can & don’t let things get you down too much. I want to have an impact and positive influence on my listeners, these are my key messages!

Listen in to "Assumptions" by Benny Sinclair here:

Show some love and connect with Benny Sinclair