Rapper NORD, is a Talented Indie Artist who has gained the Love of a Loyal Fan Base 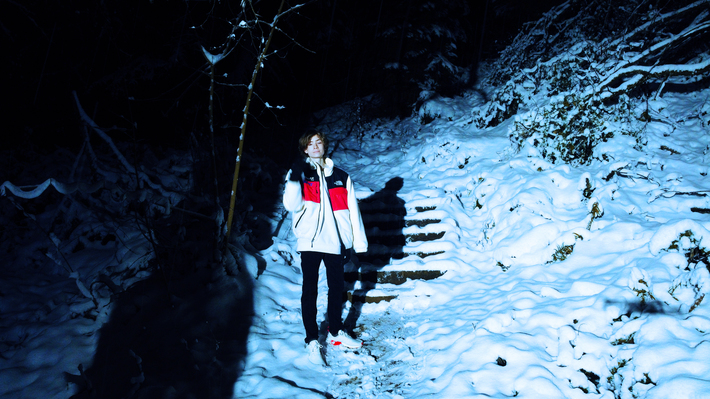 Rising indie artist NORD is rapidly gaining a global fan base. His two tracks, "Industry" and "Sorry," have captivated the attention of thousands of listeners across the map in a short period. Fans have flocked to NORD because of his distinctive approach and the effort he put into creating his music. His distinctive sound is modern Hip-Hop and R&B with a touch of Trap, and he is often grouped alongside musicians like Lil Baby, Lil Mosey, and Bankroll Hayden. The excellent performer has already attained such a high level of accomplishment that it seems certain that he will continue to rise within the profession.

Carter Davis, who was born in the tiny Oregon town of West Linn, is a brilliant 18-year-old. NORD came up at a period when ambitious new-age musicians were entering the music business via SoundCloud and YouTube. As a kid, he was intrigued by a variety of musical melodies. As a teenager, he expressed an interest in composing and distributing his music to express himself as a newly found artist. However, the unique sound of NORD did not develop suddenly. The motivated musician transformed his bedroom into a fully-equipped recording studio for composing and producing songs. He then diligently honed his voice and composing skills. He would record his vocals over instrumentals discovered online by various internet producers. After playing with the placement of his vocals on the track, he would begin adjusting the production components, which created an interest in mixing and distributing music.

After tirelessly establishing his sound, he was able to concentrate on his 2021 music career. The words are relevant and create an emotional reaction from the listeners, encouraging them to sing along with the song. The composition of the successful song "Industry" by NORD, where he exposes his grievances with the music industry, pushed him to seek an independent career as an artist. As an independent artist, NORD is allowed to choose his objectives for success rather than being constrained by the demands of others. His second smash track, "SORRY," features a current Chill-Hop style with melodic, snappy vocals over a soothing instrumental, which has already attracted the curiosity of young and elderly people across the globe, who are eager to hear more. All of NORD's published music may be listened to and downloaded from all main streaming services (Spotify, Apple Music, and SoundCloud).

Bennie from the Bricks has been holding it down for the Central IL scene for a long time. His…See More
19 hours ago
0 Comments 0 Promotions