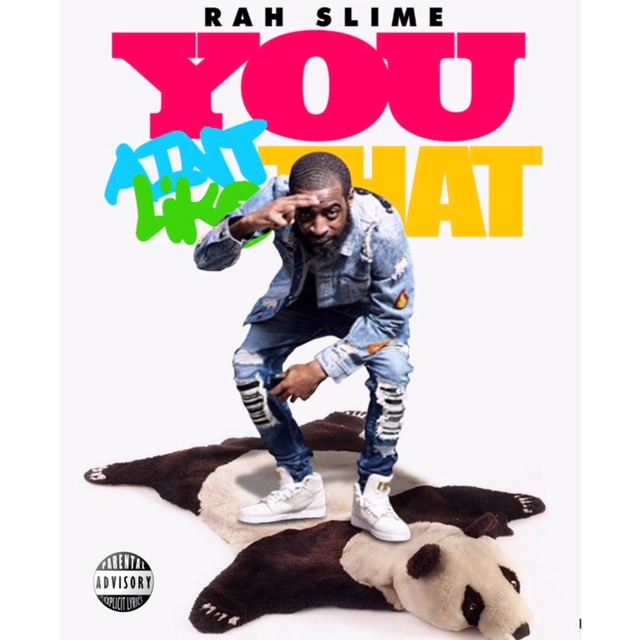 Rah Slime Is the new king of hip hop born in Brooklyn? Rah Slime says, “Most definitely!” Like DNA, rap music is part of his genetic makeup. Taking his life’s trials and triumphs, turning them into verses and metaphors, this Brooklyn born lyrical beast is a force to be reckoned with!

Hailing from the Fort Greene Housing Projects and Bedford Stuyvesant, Rah Slime’s undeniable talent propelled him to rise above his many competitors. Inspired by the likes of rap icons such as Jadakiss, Fabolous and Jay-Z, Rah Slime decided that he too would make a mark in hip-hop. . . And, he is certainly well on his way!

Rah Slime’s music is gritty and raw, speaking to the truth of his journey. Growing up in the inner streets of New York has been far from easy, yet Rah Slime has managed to masterfully beat the odds. Continuously dodging bullets sent to take him out of the game, like a super hero he’s risen over adversity and has used his reality as the foundation of his music.
Spitting that heartfelt and relatable fire, the best adjective to describe Rah Slime is REAL! He wears no veneer to shield his life or protect himself from judgement. Instead, he lays it all out, uncut. “The poor got problems, the rich got problems, everybody goes through things. I’m just the one to talk about it,” says Rah.

Following his heart and pursuing his dreams has paid off! Rah Slime’s music is heavily streaming across the world, creating a major buzz and a new discussion in the hip-hop community. Is Rah Slime the next king of hip-hip? He certainly has the pedigree and talent to meet the standard, so keep your ears open. A new hip-hop star is about to crack the game wide open! His name is Rah Slime – Salute!