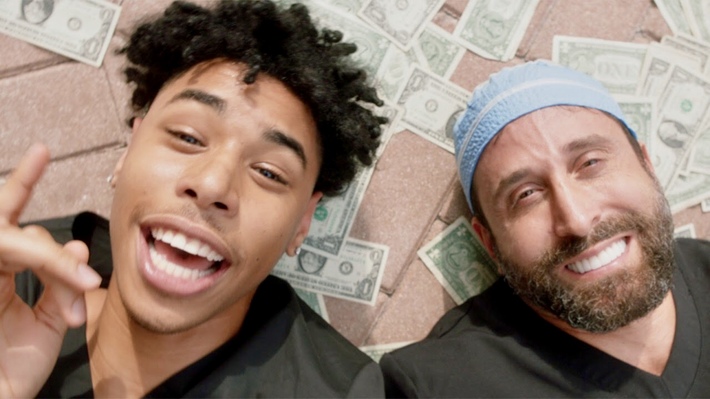 Edward Igor-Hughes Radlein, better known as “Lil Satan,” is a 19-year-old rapper out of Broward County, Florida. In March of 2019, he dropped “Welcome to Hell”, a four-track EP that featured his biggest hit to date, “Dr. Miami”. The track’s name is in reference to the famed plastic surgeon, Michael “Dr. Miami” Salzhauer, who is well-known for performing various surgeries and botoxes, all while filming them for the likes of Snapchat and Instagram. The song was first picked up and widely well-received by the TikTok community, garnering the young rapper attention that would culminate into a cult-like underground following. Hoping to maintain the momentum, Lil Satan & co. began seeking out the means to devise a music video. JMP, the director behind hit videos such as XXXTENTACION’S “SAD!” and “Moonlight”, picked up on the track and expressed interest in a collaboration.

Initial concepts for the video, according to Lil Satan’s management (Aris Carrington and Joe Lutfey of Qi Music Group), did not include the celebrity surgeon himself. However, word spread quickly and Dr. Miami heard the song on his own accord. Much to the surprise of everyone involved, the doctor shouted out Lil Satan on Snapchat. This was a huge gain for Lil Satan, considering that Snapchat is Dr. Miami’s main outlet, being watched by millions daily. A few weeks later, Lil Satan’s management reached out to Salzhauer’s team in the hopes that he would be willing to make a cameo in the music video. Not long after, Dr. Miami hopped on the project, and the rest was destined to be history.

The hype, already surmounting, was amplified by a comedic idea that Lil Satan proposed. Upon the release of the music video, Lil Satan has volunteered to pay for one lucky individual to have a breast implant surgery. In order to enter for the chance to win, a TikTok must be made in which the track is played, and at the drop of the beat, the contestant stuffs their shirt or pants to create the appearance of implants. However, they must be subject to medical clearance before being made the official prizewinner. The winner can also give their surgery away, namely in the case that they are a male. The winner will be announced in mid-August.