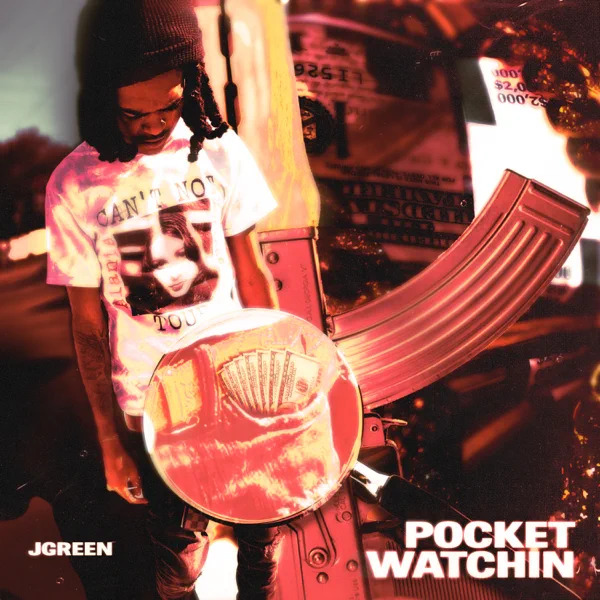 YNW Melly-affiliate JGreen, formerly of YNW crew, emerges from a brief slumber with an exciting year-ending new single and video, titled, "Pocket Watchin." Time for JGreen to soar to new heights that were presented to him in 2017 by his currently incarcerated friend.

Sparking newfound popularity at the top of the year with his buzzworthy project, 510 which includes the hit song "Teach Em Something," the Florida recording artist plays his next hand in the year-end Tylott TV-directed visual, titled, "Pocket Watchin". JGreen runs through the streets as a new big shot. Toting big boy toys, fresh jewelry and designer fabrics, and shares the fruits of his labor with his crew as the night falls. The latest visual shows JGreen in a new light as he sheds his past and moves forward as his own man with an undeniable flow.

The new video sets up a promising 2021 for the artist on the rise. Throughout the year, JGreen has grown into a new artist-to-watch with Dirty South backing him and his catchy new sound. For new fans, "Pocket Watchin" is the perfect jump-on point to begin following an artist destined to achieve greatness.

A Ricky Racks production. "Pocket Watchin" is available everywhere via 510 Music Group/EMPIRE. And for more on JGreen, follow him daily for up-to-the-minute news on Instagram. Watch "Pocket Watchin" now.