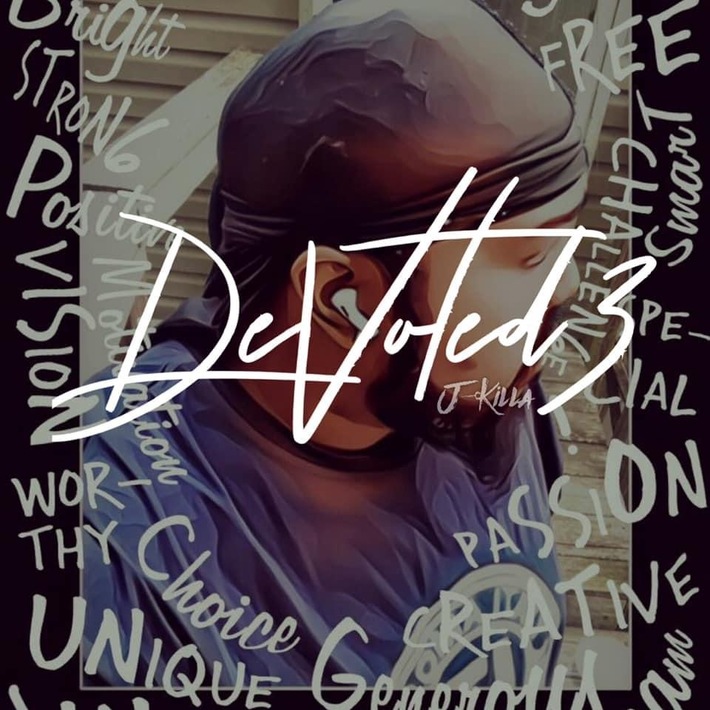 September 2020 - J-Killa is a rap artist who developed an impactful sound, somewhere in between the warmth of old-school hip-hop and the edge of the golden age. Recently, he came out with a new song titled “Holding On,” which also happens to be the thirteenth track off of his DeVoted 3 album. What makes the song stand out is the fact that this is a catchy track, but it is also quite easy to relate to, as it deals with current social topics. In particular, it talks about the Black Lives Matter movement, and all of the other things that are going on in the world during this difficult 2020.

J-Killa did an excellent job in the recording booth. The different vocal layers really give the song an energetic twist, and the 808-type beat is a great match with the rhythm and the melodies alike. His sound is impactful and unapologetic, while his music features a distinctive tone that sets the bar higher. The beat is powerful and massive, and the vocals are never buried within the mix. The song also features a collaboration with Bea Moon, and it features production work by TaylorMade, who definitely did a killer job here. The song is also available as a music video, which is now available on Youtube.

The song’s lyrics are also particularly interesting, offering a personal and witty perspective on a very current topic, without compromising on the entertainment side. In other words, this song has a lot of depth and a rich concept, but it is also fun and immediate to listen to. There is so much realness on this release, and J-Killa is leading the way by creating conscious rap tracks with intelligent lyrics that actually make people think.

Find out more about J-Killa, and do not miss out on “Holding On” as well as the rest of the artist’s amazing studio album!