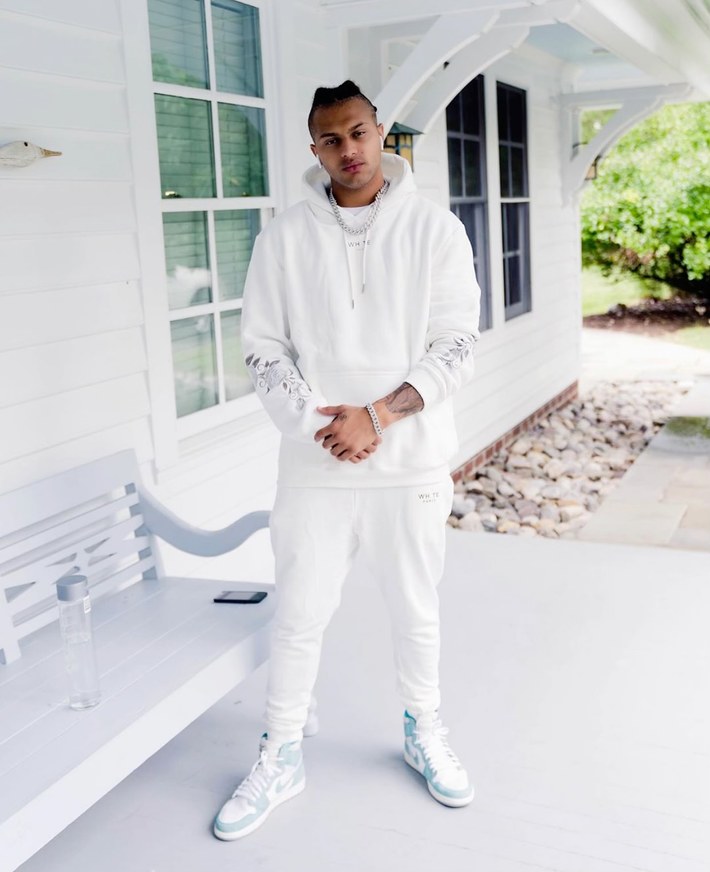 AMO98, age 22, was born in San Francisco to a Guyanese mother and a American father. His family moved to a small town in Maryland when he was young. In this more rural setting, he had his first encounters with racism and classism, and began writing poetry in middle school. At 14 he witnessed the death of a close friend, an experience whose painfulness he began to express through rap music. After finishing high school, AMO98 spent a year in the UK obtaining a degree in the culinary arts in anticipation of a potential career as a chef. This exploration of another passion of his, and his introduction to the contemporary urban UK music scene, only served to strengthen his conviction that music was his true passion, while augmenting his sound with some aspects of grime and UK drill. He returned to the state of his birth, settling down in Los Angeles, and began to build an independent catalogue.

AMO98’s music is characterized by infectious energy, catchy hooks, and a keen interest in storytelling. What sets him apart from the crowd is his profound sensitivity, which lies at the core of some of his most memorable songs, and allows him to tap in to a fuller range of emotion. AMO98’s life has been defined by contrasts, and in this way, his work is a reflection of that life. His debut project, Atheist Angel, is as contradictory musically as its name and cover art suggest, and unquestionably succeeds in achieving the aim of every debutante artist, of making a powerful first impression. His latest single Triple Threat feat Brooklyn native Casanova recently debuted at #22 on Chicago's top 50 hip-hop charts .

LOGICMGMTSVCS is a management and consulting company that was created to help Artists, Models,…See More
5 hours ago
0 Comments 0 Promotions