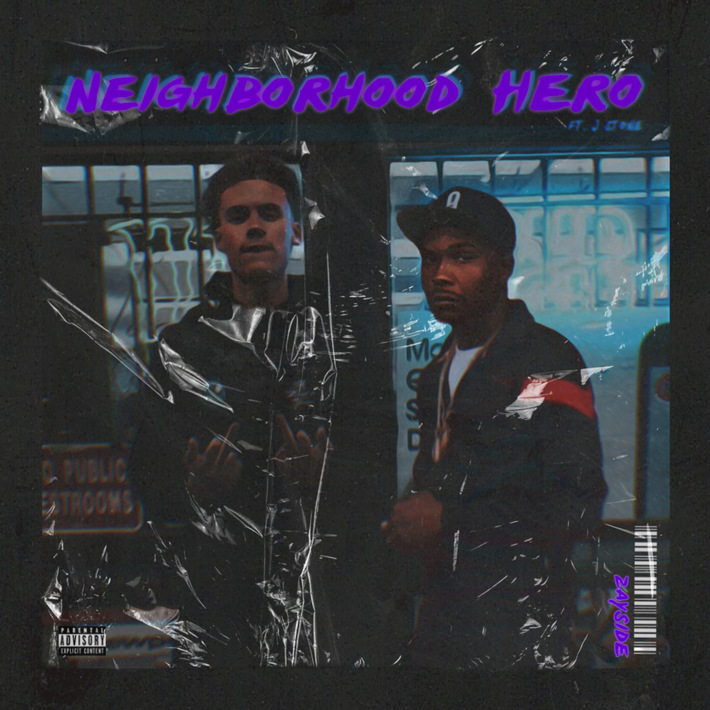 In a time of coronavirus, injustice, and despair, the streets are in need of a hero. Answering the call is the buzzing new Seattle, Washington rapper Zayside with his impactful new single, titled, "Neighborhood Hero." No cape or spandex, the former Basketball star-turned-recording artist hits the inner-city ready to make a difference by any means necessary and receives big-time aid from the streets itself in the feature of late-Nipsey Hussle best friend/recording artist J-Stone.

On the new single, Zayside reunites with producer Faiz. Zay builds on current popularity with a witty, slick tongue flow filled with trendy metaphors about power and responsibility. J-Stone takes the opportunity to blatantly address a recent feud with high-profile music manager, Wack 100.

The new collaboration follows Zayside's last February debut, "Caught Up," featuring PMO $howtime. Zayside, who goes by zaysidee on Instagram, is the latest in a growing contingent of Seattle artists breaking into the mainstream limelight following the likes of Lil Mosey, Jay Park and Travis Thompson.

A product of the inner-city, Zayside labels his collaboration with J-Stone, the well-established Los Angeles recording artist best known for his work with Nipsey Hussle, Snoop Dogg and The Game, an honor on so many levels. “I’m glad that I could connect with an artist like J-Stone - that was big for me," Zayside praises. "He and the All Money In camp are big inspirations to many, and the fact that I got the chance to lock in and work with them was an honor, especially as my first big feature. it’ll mean something to me forever.”

He continues, “When I was in the writing process of 'Neighborhood Hero,' I was reflecting on where I was at in my career at the time & the kind of impact I had on my community. it was one of those things where I was proud of the influence I had on the younger kids, and how they looked up to me as an inspiration. how I went from just the kid that played basketball to a local celebrity in a sense. it’s crazy how life works.”

"Neighborhood Hero" sets up a promising album from the fast-rising artist currently in development, slated for late-2020. Available now on all DSPs on All Season Records. The new song is supported by Zayside short-doc out now. Watch the 8-minute doc above.