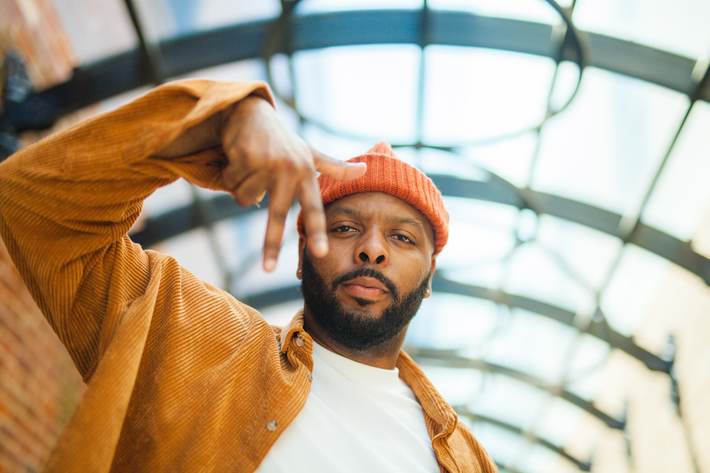 St. Louis recording artist MC Tres enlists Reggie Son, formerly Shorty da Prince from BET's 106 & Park, for the remix version to the Late Night Flights cut "Get Up." The Young Badger-produced track is a hustler's anthem about the state of mind one must be in to manueaver in these streets. "Get Up is a hustlers anthem. It was only right I reached out to a local legend to collaborate on this Young Badger-produced beat. This one's for the city" said MC Tres.

For the new collaboration, Tres and Reggie discuss how rough the game is, but to remain focus and understand the character building that comes from living the life. Furthermore, MC Tres displays his musical and hustler prowess through his motivating yet tough love lyrics. The remix is in support of Tres' upcoming deluxe version of Late Night Flights. And with the deluxe project accompanies a short-film of the same title.

Late Night Flights is a eight-song project that includes fellow breakout cuts "Ok Alright," "Motives" and "Do What You Gotta Do." Like "Get Up," the entire project shows Tres ascent to greatness from the bottle of the barrel. “I’ve been down and I’ve been up...When it’s time, get up,” Tres says about his come up. Both the single and project are available everywhere via DoYou Crew. Reggie Son appears on the track, courtesy of BlackBucks WorldWide.

All eyes on PA new artist Juice with his fly and bossed out new video Real Life .…See More
4 hours ago
0 Comments 0 Promotions