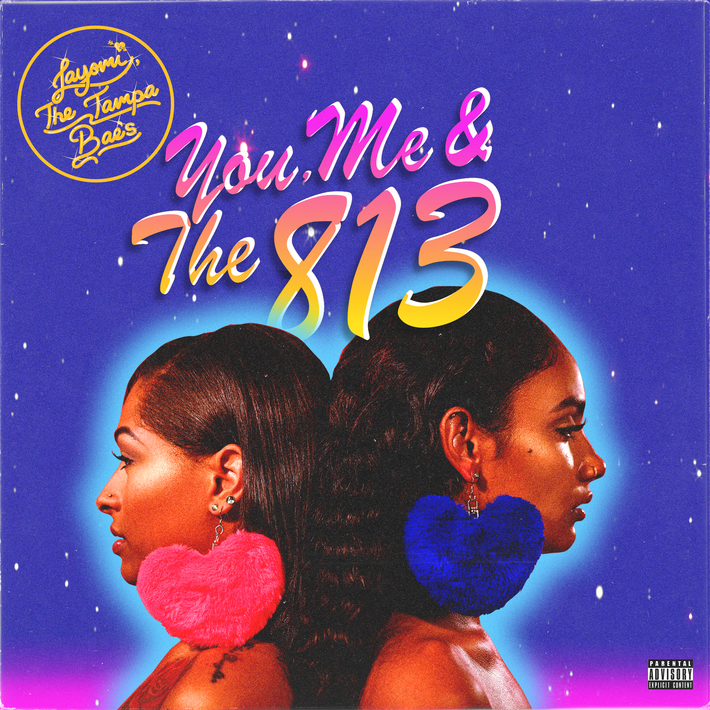 They acclaimed popularity with the release of back-to-back hits "No Apologizes" and "Dope Boyz." Now, OG Layla Johnson and Naomi Bravo, better known as the new sensation Layomi The Tampa Baes capitalize on the eyes glued on them with the release of their debut project, titled, You, Me & The 813.

Including recent hits, the new album personified with their marvelous combination of gorgeous vocals and catchy dance bounce while telling relatively familiar cultural stories. Natural vibe, magnetic chemistry and breakout appeal, The Tampa Baes show us a side of the Dirty South that hasn't been heard before.

Shown above, the album was accompanied by the release of the duo's latest visual for "Jump On It". The visual is a rework of the classic R&B hit, "Pony," by Ginuwine. "Ginuwine's 'Pony' has always been a classic for us," Layomi explains on the song's inspiration. "We wanted to show tribute to a song that continues to be timeless over 15 years since its release. For the video, we wanted to show a different aspect of ourselves. We're women. We're sexy, yet aggressive. This song shows that we know what we want and we aren't afraid to make that known and go after it."

Along with the hits, the debut is a perfect beginning for any newfound fan. And with the world currently in quarantine, the new duo could not have introduced themselves to the world at a better time than the present. It's an album that speaks to everyday life.

Layomi on making the debut:

"We created this project as a soundtrack to your everyday life regardless if you're taking a walk in the park or going through a bad breakup, our ultimate desire is to bring happiness to you through our music. We come from a place where people are inspired to be in the entertainment business and actually have the talent but lack the resources. Tampa isn't only what we would consider paradise, but a cauldron of untapped talent. The 813 means everything to us.

At a young age we learned that you have to leave the nest to make it happen and bring back the resources similar to Odysseus and the journey of the hero. The trials and tribulations of this journey are the driving forces behind the music of “You,Me & the 813." We created this project as a soundtrack to your everyday life regardless if you're taking a walk in the park or going through a bad breakup, our ultimate desire is to bring happiness to you through our music.

Truthfully, this is a great time for women and music and we feel our music is what the world has been missing."

On Lunchbox Records, You, Me & The 813 is available everywhere on DSP. For more Layomi news, follow the new stars on Twitter.