Kahri 1k ft. Quando Rondo "When They See Us" (Video) 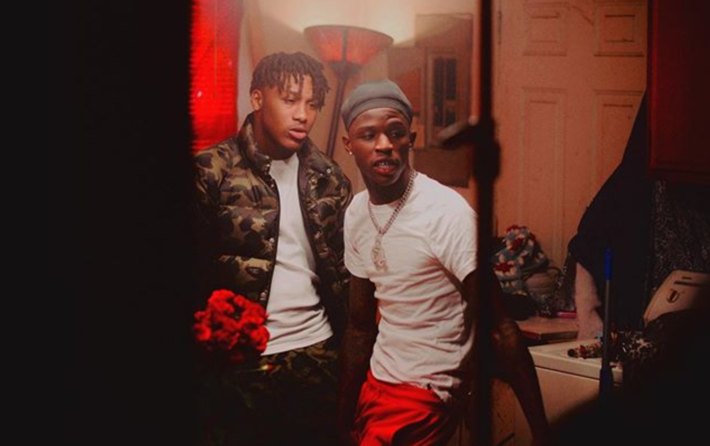 The buzzing new stars click up and ignite a new hit over the Shop With Ken production.

Introducing red-hot Petersburg, Virginia sensation Kahri 1k, a DMV-native with an unstoppable sound and legitimately the most-recognizable new rapper of the next generation, with a popular song called "Trenches". Raising the temperature, Kahri nabs Atlantic's own Quando Rondo for a breakout single and video, titled, "When They See Us".

Watch the Illusive Media/Shomi Patwary-directed below, the new collaborators surprise both day-ones and new discoveries with a magnetic song and visual about being from the bottoms and turning coals into diamond chains with nothing but hard work, consistency and pressure. While Quando Rondo arrives as the track's premier attraction, Kahri 1k's signature look, pain in the melody flow and catchy hook prove he is ready to sit firmly at the top with the new greats.

Kahri 1k on "When They See Us": "The record was inspired by the vibe of the city (Petersburg, VA) and what my people go through every day. I already had the song done and I felt like he (Quando Rondo) was the perfect fit, so we reached out. The visual is a first-hand look at the conditions in which I was raised and my exit plan to make it out."

"When They See Us" is available now on Heir Wave Music Group. After streaming the new video, check out more music by Kahri 1k on Spotify and social media.