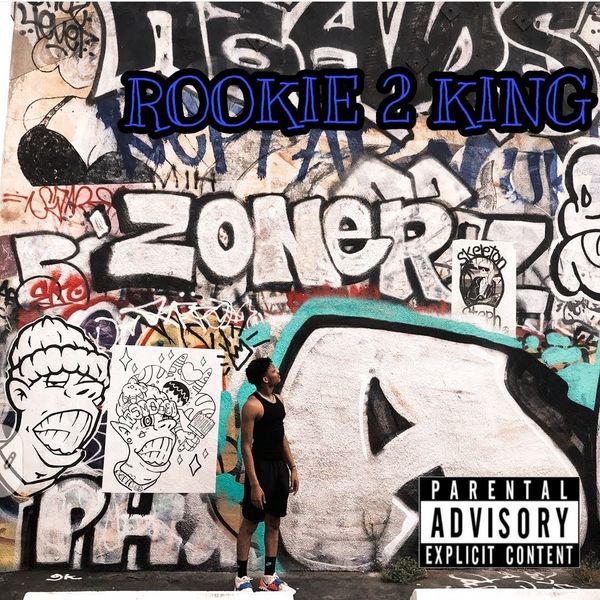 Rising artist Justin just dropped a hot new album titled "Rookie 2 King". Check it out below and follow him on social media for his latest releases.

Justin Elijah D'Anthony Reid was born on March, 16, 2001, in Decatur,GA, only 6 miles north of Atlanta. Born to Jessica Lott and Atlanta music mongul, Reggie Reid(otherwise known as DJ Knight), Justin had been destined for music at a young age. Justin lived with both his mother and his father until the birth of their second son, Jordan Reid. Shortly after, due to relationship issues between his parents, Justin, his mother and his brother moved to Jacksonville, FL. Upon arriving to Jacksonville, Justin and his family quickly found themselves without a home and forced to reside at City Rescue Mission, a well known homeless shelter in the city. It was there that Justin developed a strong love for music as it got him through hard times, Due to financial issues, Justin bounced from school to school in the city, even moving back with his father in Atlanta for 6 years, until he finally settled down in high school back in Jacksonville.

Justin attended Douglas Anderson School of the Arts, a multiple grammy awarded arts school. Justin also played varsity football for Terry Parker High School.[1] It was at Douglas Anderson that Justin began to turn his passion for music into a career. Through the next 4 years of school, Justin became a valued member of Douglas Anderson's vocal department, obtaining multiple key solos at concerts, becoming admitted into the Tri-M society and even leading the school's student led production known as Black Art in 2019, which became the school's first ever student led production to sell out the theater. On the field, Justin worked just as hard. Although not as gifted or athletic as the rest of his teammates, He made a name for himself through sheer hard work, earning him a starting position at Defensive Back and the title of team captain his junior year. But no moment during Justin's high school years was as great as when he made an appearance on The Shade Room stemming from a viral video of Justin asking his girlfriend to prom by conducting a band and choir to sing a cover of Stevie Wonder's Isn't She Lovely.

The video reached over 2 million views in less the 2 days, receiving praise from a multitude of respected musicians such as Jagged Edge (American group) and Kandi Burruss. This was enough to convince Justin to pursue music seriously. The summer of 2019 he released his first album, Seasons of 12 under his previous stage name, Justin Time The Rookie, followed by a multitude of singles and covers. In the fall of 2019 Justin attended Southeastern University (Florida) as a Music Business major. During his freshman year of college Justin released his second project, I NOT SORRY. after his freshman year, Justin transferred to New York University to pursue his certification in Music Business Essentials. It was during this time that he reached out and received vocal training from David Lee Brewer, most known for coaching Beyoncé in her early years. It was during the summer of 2020 that Justin released an EP titled "Issa 90's LUV, followed by a trip to Los Angeles to record and release his latest project to date, Rookie 2 King.

Swisher Sleek is a Louisville, KY based artist. He does not have a set style, but has a consistent…See More
yesterday
0 Comments 0 Promotions