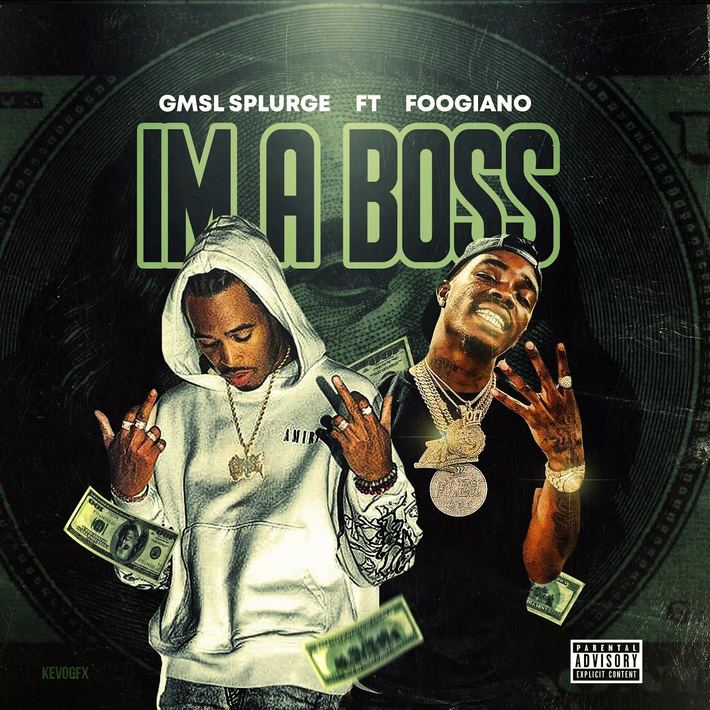 Posted up with a couple of baddies and some heavy smoke GMSL Splurge and Foogiano trade verses over a big time track for the Carolinas.

"Me and my partner sat down and talked to Boom Man and Project Management and we were working for a long time and Foogiano got signed after one of their showcases, basically we were there around the same time and we ended up doing a track together. I got the feature with him and that was that," GMSL Splurge explained.

Raised in North Carolina and putting in work on Carolina's thriving music scene known for artists like DaBaby, J Cole and others, GMSL Splurge throws his name in the ring of rappers looking to make a big push in 2020.

Developing a love for music in his early high school days, GMSL Splurge unfortunately got locked up shortly after and then began writing while he was in jail.

"Me and Foogiano did a few songs together, I can't talk about the other one just yet, but he kinda blew up after we recorded together." GMSL Splurge said. "COVID -19 got me bad man, we were supposed to shoot the video March 27-28 and so just had to postpone the video until like May. We shot the video in May and we got everything handled. It was a setback and it was supposed to be rolling in the Summer and its got to get going in the Fall."