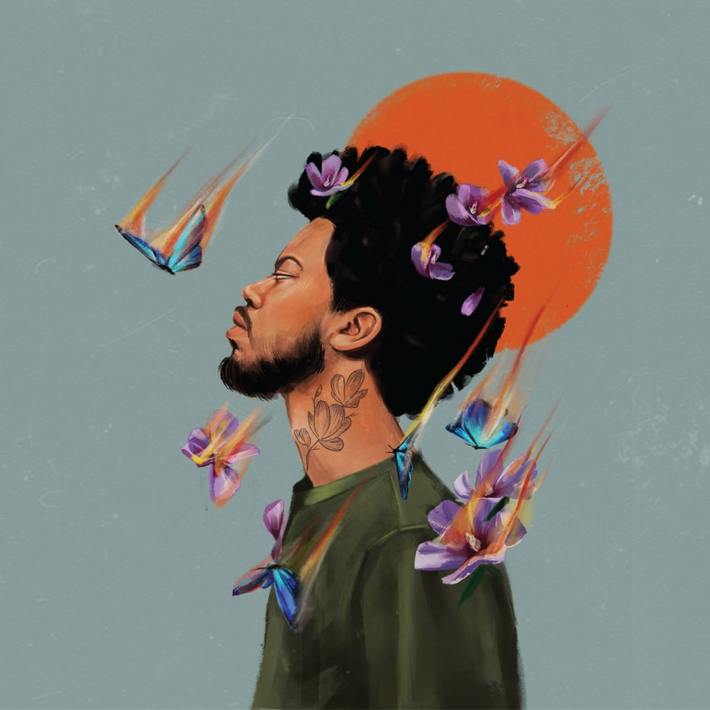 Motown's Elhae is at the top of R&B right now. As one of the genre's most exciting new artists, the Georgia singer/songwriter delivers his highly-anticipated new album, titled, Aura III. For the new release, Elhae is joined by Rick Ross, Masego and Xavier Omar.

Throughout the 11-track collection which originates from popular ep series, Elhae displays the signature off melodic, mesmerizing vocals that fans have grown to love. And with breakout songs like "U Know," "My City" and "Sick of Playing," he matches his buzzworthy sound with progressive production to create textured songs for every occasion.

He explains: “I think the ‘Aura’ series over time has become a bit of an escape for me, where I can let off steam and vent about things I’m going through at that current moment in my life. Much like anyone else, this is just another chapter in my life symbolizing growth and maturity.”

Aura III is the follow-up to Elhae's 2017 sequel that received high regard from several high-profile publications, including Billboard. The third installment is his first official release on Motown. The perfect jump-on point for any newfound fan of the fast-rising star. Upon the release of the new album, Elhae treated fans to a video of the studio session for "My City."

Available on all DSPs via Motown/Universal Music Group. Stream Elhae's new album below and find out more on the new star on Instagram.

Loyal Lane out of the Mon- Valley area of Pittsburgh, PA has been making his mark in the music…See More
20 hours ago
0 Comments 0 Promotions