Asshole In Gold - Its Asshole (LP) 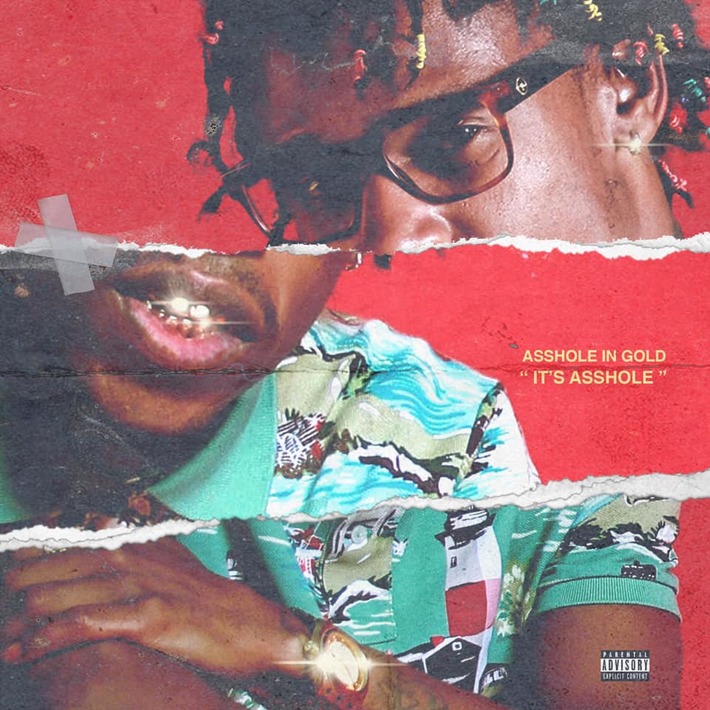 The seven-track project is raw untapped potential. Asshole In Gold has a limitless source of execution on the collective as he exceeds expectations throughout with thought-provoking storytelling and playboy mentality. He is aggressive, humorous obnoxious throughout; however, always the same outrageously entertaining star that fans have come to love today. The streets are calling the project, "refreshing, salivating and necessary."

The new album is accompanied by a brand new visual for the new single, "Betty." Directed by Stack Moses, Gold and crew hit up the Northside Houston's Pine Village to show us the skills and what the future lies for the breakout star. Produced by Texaz Tee, watch "Betty" now.

Along with "Betty," the new album features new hits, "Register to Carry" and "Wheels on the Bus".

Stream it now, It's Asshole available via LegnaConnekGroup/FangGang Records. Following It's Asshole, get familiar with Asshole in Gold's past in the music on Spotify. For more on Asshole In Gold, follow the rising star on Instagram and Twitter for daily updates and new music.