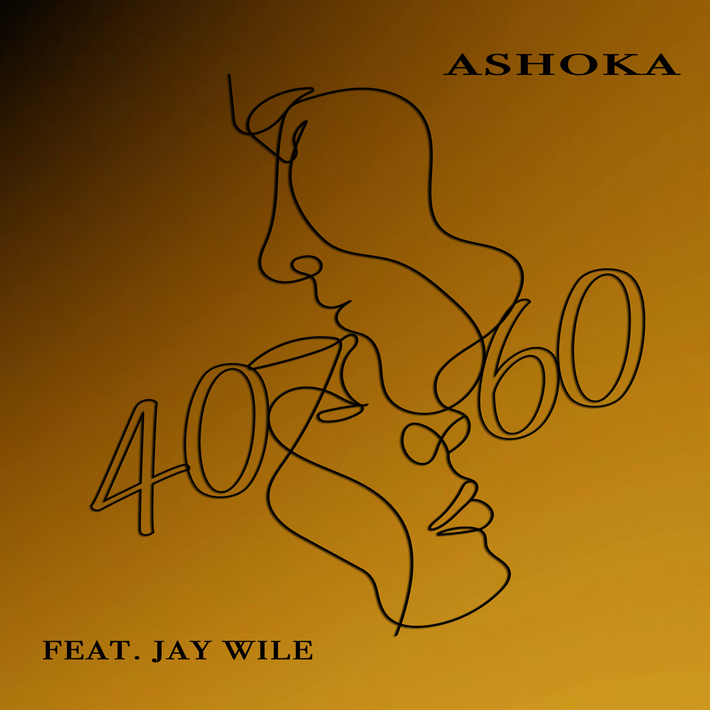 After accumulating over 100k streams with his recent hit, "Regular Day". New York-based entertainer Ashoka returns with a big 2020 on the way starting with the new love song, "40/60". Featuring the promising R&B singer Jay Wile, the two collaborators praise the love they have for their women with a creative melody about doing anything for their women.

On the new song, Ashoka says, "This particular record is about a man's willingness to go the extra mile for his woman. Not just telling her she's worth it but actually taking the time to show her. Don't get me wrong, relationships aren't supposed to be one-sided, but have you ever been so into a shawty that it’s like she doesn’t even have to do much? That's the headspace I was in when I created this one."

Produced by the talented Jahmal Gittens, Ashoka and Wile display tremendous chemistry on the new song that promises much more music to come in the near future. Ashoka is a musical hybrid who promised to reach the top of the charts with his undeniable energy and creativity. "40/60" is available now via KDM Collective/EMPIRE.