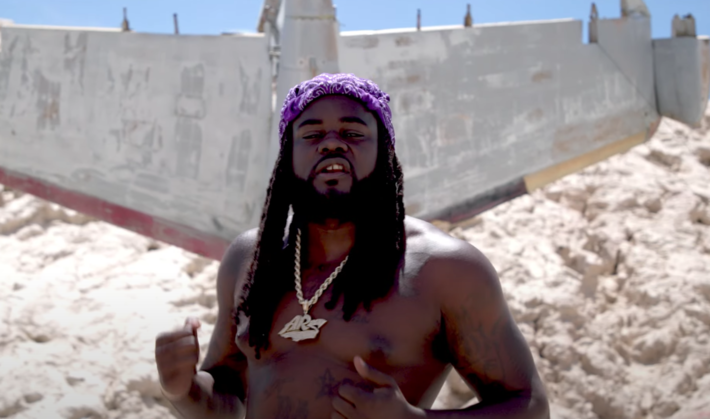 Arsonal, also known as Arsonal Da Rebel, is the truth. Now, he continues to prove him as a recording artist and celebrates the success of his latest project with more great content in the new music video for the standout song "Peter & Paul". The World-Class lyricist dives into his thoughts in the mountains to addresses his beliefs, demons and emotions. Watch it below.

In the new video, the famed rhyme slayer endures personal and emotional reflection as he surrounded himself around vintage planes and classic cars. The visual finds him reciting the lyrics on some rocky terrain. Arsonal is lethal, powerful and thought-provoking in the latest visual. "Peter & Paul" is a standout track from the critically-acclaimed release.

Peter/Paul is a commonly used metaphor, which quotes, "Rob Peter to pay Paul" which means to take from one person or thing to give to another, especially when it results in the elimination of one debt by incurring another. It's a phrase often used with a Ponzi scheme.

If you are a fan of Arsonal and his battle stories, you will love his music just as much. Check out his complete catalog today.