Duo Habitz’s New Single Is For The High Life

San Diego, CA -July 28, 2020- Rap due Habitz is bringing their unique sound to blast the speakers everywhere with the release of the new music. Their new single, "Cadillac Dippin',” brings back the old school cool.

LSGBOOMAN Brings The Noise From Chicago

Chicago, IL - July 28, 2020- Rising hip hop star LSGBOOMAN is releasing the power of his talent with the release of his new song. “Chase a Bag” is an emotional journey, inspired by the singer’s real-life experiences.

“Chase a Bag” features the electric lyrics by LSGBOOMAN coupled with the smooth musical track. The song is about…

Ebensburg, PA – July 27, 2020 – Cam and Skweeze, members of the hip hop duo Get’m, are ready to turn up the noise with their debut album. “The Detour” along with its accompanying Indie-Documentary also titled “The Detour” will have listeners ready to party.

“The Detour” is ready to land on the playlist of every hip hop fan. The unique sounds of the album give it an edge over most hip hop songs. Get’s originally tried to be…

Seanblue Is Ready For A Magical Return On Music 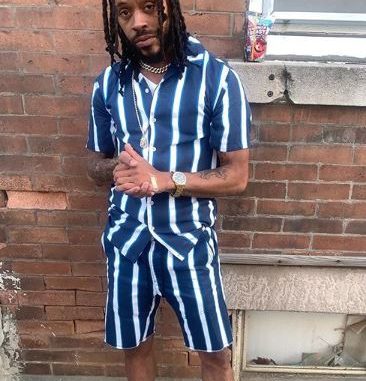 New Music Is Nothing But Good Fortune

Philadelphia, PA – July 27, 2020- Up and coming R&B artist Sean blue is showing listeners how things can turn around with his new music. His single “Karma” is proof that what goes around, comes around, mainly good music.

“Karma” is full of smooth beats and the silky voice of Sean blue. The…

BNR DRE’s New Song Will Keep You Up

Sunset, LA – July 24, 2020 – BNR DRE is ready to keep his fans grooving all night long with his new single. “All-Nite” is a collaboration hit that combines unique voices and jams for the ultimate beaten.

BNR DRE and his partner Maxx are ready to wow listeners with “All-Nite.” The song is about real-life experiences and the songs we make in the night.…

Award winning artist 222Unique returns with Made For, the follow up to smash hip hop song of the year Flex On’em. Las Vegas, NV — Friday, July 24th, 2020 — 222Unique is a rising start and breakout artist from Oxford, Mississippi. She won the prestigious 2020 rap/hip-hop award at the incomparable Independent Music Awards, as well as an award for her lively interview on Endie Fiya web radio station. 222Unique is in a class all on her own with songs like “Made For”, “Party”, and “Beast.” She’s been compared to Lil Boosie, Mo3, and Twister. Her debut E.P,…

Mr. Flamboyant’s Music Will Turn Up the Heat

Hip Hop Artist Has Music In His DNA

Atlanta, GA - July 24, 2020 - Mr. Flamboyant is ready to take over the airwaves with his unique style of hip hop, hoping to grow his fanbase. The mixes by Mr. Flamboyant will have you dancing, singing, and turning the speakers up to full blast.

Mr. Flamboyant has produced 4 of his own albums while… Washington DC — Friday, July 24th, 2020 — Moab Low is a 52-year-old rapper from the cellblock. His story is encased in his lyrics which tells the real reality and true elements of a street-life mentality: drugs, crime, prison, and death; which is, the unfortunate ideology of most underprivileged children throughout the urban communities and Moab Low’s music tells the harsh reality of the degradation, insanity, inconstancy, sorrow, pain, addiction,… The 17 track album features controversial songs like N#gga What Chigga Who, Let Me Hear A F@#K You, Ride Or Die and Money, Hoes, Doe, Paper. An array of Radio friendly…

Bedfordshire, United Kingdom – July 23, 2020- Rap artist Kimo Jeepaz is promoting his collaboration project with fellow star J Spades. “Do what I like” will have fans turning up the volume to hear the Jamaican and UK dialect mix.

“Do what I like” is set for release on August 27, 2020. The track itself is about personal freedom, which is needed in the…

Los Angeles, CA – July 23, 2020- Wil Key has teamed up with several world-class vocalists to create a brand new music video for the Black Lives Matter movement. The entire video was written and directed by Key and was shot by Red Riot Films (Netflix, HBO). The entire production was filmed on location in Downtown Los Angeles and Long Beach, California during the recent…

A Life affirming Jazzreggae journey to your sacred space. San Francisco, California — Thursday, July 23rd, 2020 — These Byrd of a Feather flock together in consciousness. Bay area all-star musicians that have forged a solid track record of successful gigs.

Their sound healing will put a smile on your face, and they have carved out this unique sound by building a meaningful bridge between jazz, blues, and reggae music; with conscious words and wicked rhythm that make…

New Album In the Works

Smyrna, Georgia - July 23, 2020 - Hip Hop artist Tae Edmonds is taking his love for music and turning it into an album for fans. The yet untitled album promises hip hop beats that will speak to listeners around the world.

The new album is about the singer’s life experiences and those of other people. Tae’s…

RevZer0: The Design of Self-Destruction Pittsburgh, PA, Allegheny — Monday, July 20th, 2020 — Designer of multiple aspects of our living environment, Christian Devaruex is ready to cast aside his 11-year career for what he’s concluded that he is truly passionate about: professionally pursuing music. As Dev Structures, he proves that his due diligence and honing of skillset throughout the years were worthwhile, releasing his first commercial project, RevZer0. Quitman, Ms, Clarke county — Wednesday, July 22nd, 2020 — Mark Free and FNG Cam two Mississippi representatives collaborate on what could be the song of the summer.  The duo flows gracefully together on this track.  The two speak of what led them to begin rapping to get out of the streets.  This track will definitely have you screaming for the check I’m all in. Atlanta, Ga — Tuesday, July 21st, 2020 — Yung Mono is onto something with this new style. Real melody along with perfectly selected beats allows Mono to effortlessly flow. Always coming with real lyrical content he paves his path with what he brings to the record. If you are a real rap fan and want to hear some new fire give Yung Mono a real listen.

Starting to build an established buzz in his home town of Atlanta, Yung Mono is next up. There…

Key-C Invents A New Vibe With His Sound

Detroit, Michigan – July 20, 2020 – Rap Artist Key-C brings the noise from the Motor City with his new single, set to drop on July 24. “Talkin Chanel” will take listeners into a world of romance and luxury.

Ashanwarrior Releases A Song of Compassion

London, United Kingdom – July 17, 2020 – Musician Ashanwarrior is gearing up for the release of his new single. Entitled “Complicated Suicide,” the song is sending an important message of love and compassion to listeners.

“Complicated Suicide” is a ballad,… Camden, NJ – July 16, 2020 – CEO and Hip Hop artist Playyboi Pudd turning up the hype for his record label and upcoming EP. Playyboi Pudd is making waves with his talent and entrepreneurship skills, and hoping listeners will ride along.

once again Urg accepted the challenge & just killed this track as requested by hiphop fan's and freestyle lovers, well here it is urg acts up once again on t...
7 hours ago
0 Comments 0 Promotions

[Exclusive] Ato-Mik, “THE brother Hip-Hop duo from Vancouver, Canada” Bring back the golden age with their 90’s mixtape ‘Ato-Mik Conscious’