Pheel IsReal “Allah Sent Me To Be King” Out Now ! 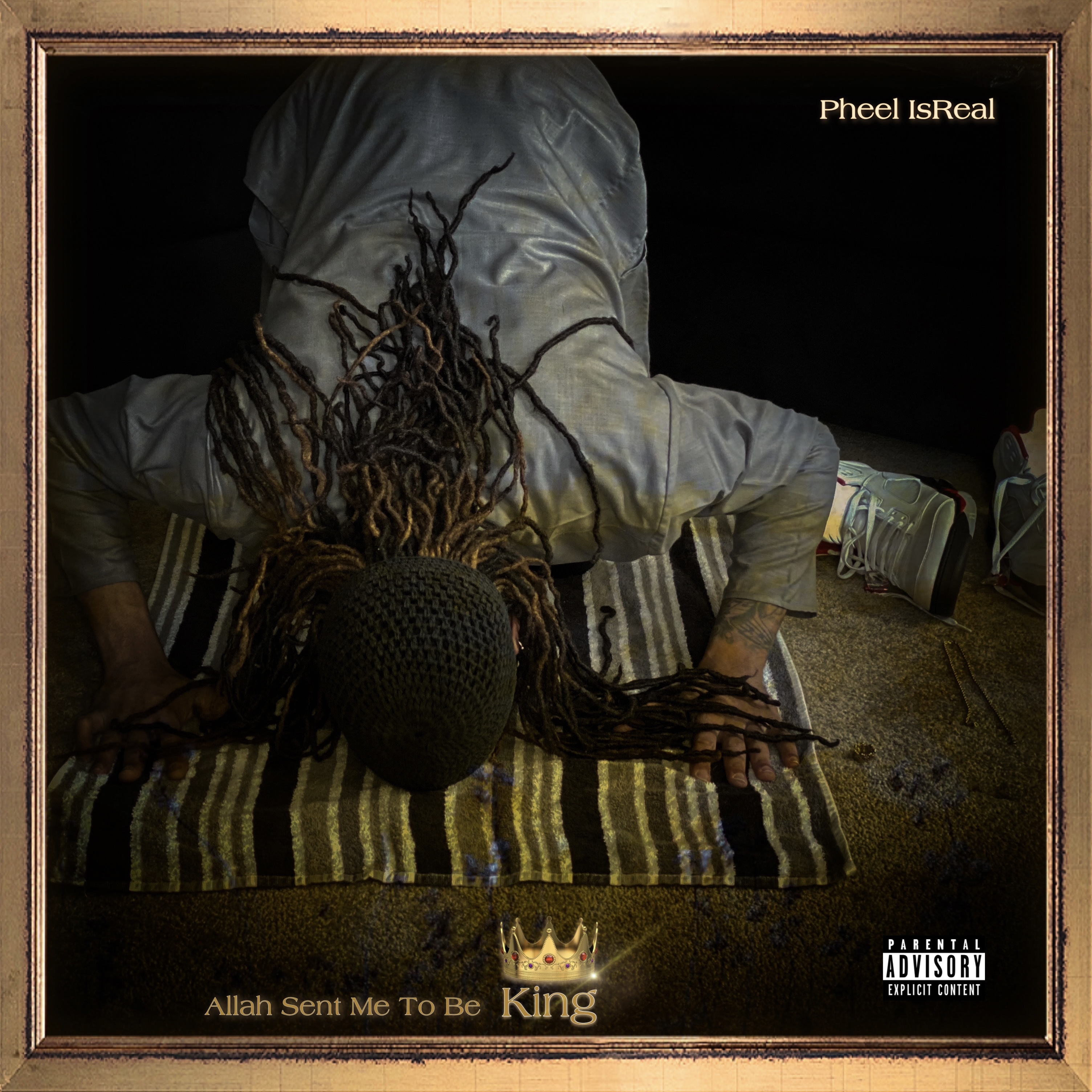 As he releases his new album , “Allah Sent Me to Be King” , Pheel IsReal
promises to deliver a sound & style not quite heard before.
Pheel IsReal is set to stun and mesmerize listeners with the release of his
upcoming album lead by two singles , two of many to come “She Cold” &
“AirPod’s” currently streaming now gives just a brief taste and sound of what’s to come .

With a blend of energetic , aggressiveness and vulnerability wrapped up in this
ten song album . It will be released in two versions a clean & explicit . Pheel
plans to also release a deluxe version with 4 new tracks at the end or top of next
year . As a songwriter with a no holds bar lyrical style , bringing with himself the
passionate love he has for hip-hip he pours all into this album. Pheel IsReal
hopes and is sure he will make his mark in the music industry clearly that his
sounds sets him a part . With tracks such as “A Letter To A Younger Me” his 3rd

single from the album (video dropping the night of the album ),which brings all

those different elements together in one.

Independently crafting each track on “Allah Sent Me to Be King”, they all have a
story of how they came about . Hints this album was written on the move not in a
study place which gave Pheel more to see and explore and inspired creativity .
On this album you will get just that “creativity”.. Along the way through his
musical journey, Pheel IsReal has learned and adopted traits and trades of audio
engineering, video directing, editing, graphic designing and the key elements of
marketing .Pheel IsReal remains empowered to captivate with a head-on,
aggressive, and conscientious approach towards each track.

Pheel IsReal album “Allah Sent Me To Be King” an videos available now on all
streaming platforms . Follow Pheel IsReal on all social media @pheelisreal for
updates regarding new releases. Contact Pheel IsReal for any information
regarding placements, interviews, features, and collaborations.

A rising talent in the world of Hip Hop and Rap, Pheel IsReal is set to soar,
inspired to follow his passions in the musical world. Born in Mississippi, IsReal
moved to Chicago around the age of 5 and was subsequently raised and bred in
Chicago- the city that he calls his home. IsReal began writing up to the age of.

Besides growing up in a lot of unfortunate situations, the talented artist has also
lived through a life-threatening altercation in the streets of Chicago, which left
him to be pronounced dead upon his arrival at the hospital. Pheel IsReal was

later revived and stayed in ICU for almost 2 weeks.

After the life-changing and momentous incident, Pheel IsReal’s entire
perspective on life and the world around him shifted. Which put more fire up
under to pursue what he call theory , his music. Also along the way came his
conversion of religion as a Muslim which totally explains the title of this album
“Allah Sent Me To Be King”. Making that transition doing a stay in Philadelphia

with his mom during a dilemma he had back in Chicago.

Allah Sent Me To Be King