On Dre Steelo's 3rd EP, the Michigan rapper personifies hunger for success and expresses it in 6 diverse tracks. 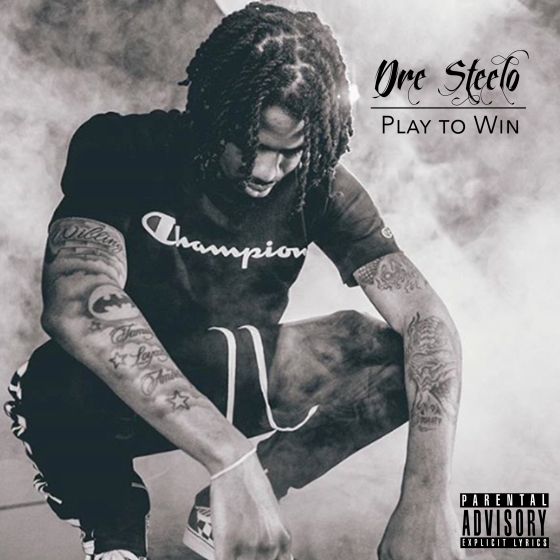 On Dre Steelo's (@Dre_Steelo) third EP, the Michigan rapper personifies hunger for success and expresses it in 6 diverse tracks.

One of the greatest things about reviewing upcoming artists is that the yearning for the come-up is raw and more real than ever. In Dre Steelo's case, his EP Play to Win positions him as a wolf eyeing its prey, ready to go in for the kill.

The 6 tracks of Dre Steelo's Play to Win share pinpointed focus, clarity and directness. Even when using autotune, Dre Steelo never heads into the wavy, drugged up hip hop territory, but maintains his gravity around a vortex that's ready to propel him to a whole other level.

In the first track, "Don't Matter," Dre Steelo sheds off his disbelievers and non-supporters. Dre introspectively verifies his reality to himself, that his success depends entirely on his determination to rise up the ladder, as well as making a statement to anyone listening that whether or not you're with him, it doesn't matter: it won't shift Dre from working his way up. Moreover, he skillfully articulates the latter as the song heads into a catchy hook based around its title:

"Win," the EP's second track, re-tweaks Dre Steelo's aspiration for success from another vantage point. As the beat cools off to more of a chill mode compared to "Don't Matter," Dre's vocal entrance makes it clear that he's no less fighting in this track than before.

Definitive of the energy throughout the whole EP, Dre Steelo's hunger to win is like a shot of pure motivation. His intention for success is well-targeted in his sights, and invites anyone to feed from that same energy.

The beat cruises out onto the highway on "A Lot On My Mind," a steady-riding fast-paced drive that provides a basis for Dre Steelo to lay down his thoughts about making it on his own, money, pain, relationships and more of life's ordeals.

Knowing what suits his energy in this record, Dre Steelo continues that driving-style beat with "100": a steady-yet-progressive feel pounding through your chest down to your feet with Dre Steelo punching out each word with distinctive articulateness that cuts right through to that part inside each person that needs that fuel to go the extra mile to reach any kind of success.

Dre Steelo shows more variety of his approach when "I Know" hits. Taking a more reflective outlook on life, talking about what only he can know and others can't know about over a boom-bap beat with a pounding, wavy 808 reminding you it's the twenty-late-teens.

"Miracles" finishes off the EP in classic closing style. A vaster scope, a wider field of synths giving room for Dre Steelo to once again lay down his intent to reach the top by touching on the essence of what a miracle is:

"Miracles, miracles,
Making something out of nothing..."

Whether you need some extra fuel to start your day better aimed at your goals, or you need an extra boost to muscle in that last rep at the gym, Dre Steelo's got exactly that pure energy to give you that extra thrust. I just hope that when he's winning at the top, he won't lose that same hunger he now has.