Nastyfig Is A Name Worth Mentioning 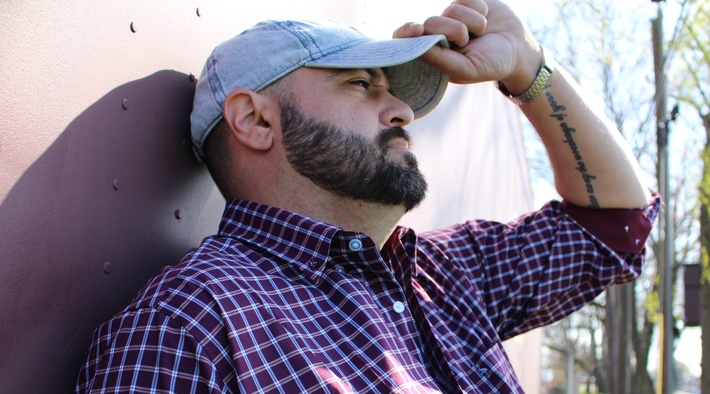 What is your name/stage name?
Nastyfig. But, please, call me Fig. “Señor Nasty” is also fine.

Where are you from?
Born and raised in Philly but spent most of my time in South Jersey.

What do you do?
I cook up sick beats with these two hands right here.

How long have you been making music?
I was obsessed with this crusty Casio keyboard when I was young. So, maybe then.
Professionally, though, I’d say around three years since I began taking music
production as a serious route to full-time income. Secretly, though, I bought
my first music production program like 10 years ago. Just never took
the craft seriously until later.

Who’s your biggest inspiration?
Anyone who refuses to stay down. I have a bit of “never say die”
attitude in me, so it resonates.

What genre of music do you create?
I call it “hip pop” which isn’t a painful joint dislocation and more of a rap, pop, and electronic
fusion of elements leaning heavily towards rap and trap music. My musical soul belongs to rap
but I love so many styles of music.

What was it like working with (collabs?)
I’ve yet to land a big name feature but that’s about to change. A few big things in the
works right now that I can’t speak on yet.

What are some features you have?
N/A

What are some features you want to get?
Anyone who has enough funds to cover my rent this month. Haha, no but seriously.
And who’s picking up the tab for this meal?

Who’s one person, dead or alive, that you’d want to work with?
Eminem. He’s one of the only active GOATS, other than Nas, still putting out
consistent God Mode music.

Are you signed to a label?
Not currently.

Do you want a record deal, a distribution deal, or none?
I want my children to never struggle like I have. If any of those things mentioned
support that mission in a healthy way, then damn straight.

Who are your biggest supporters?
Ah man, my family for sure. I put them through hell for a long time but they still
answer the phone when I call. Granted, I’m actually a somewhat responsible adult
now with solid priorities, but for a while, that wasn’t the case.

Where did your name come from?
My older brother, God rest his soul. When we were young, Big Pun’s “Still Not a Playa”
was a huge smash. Pun’s one line was, “You nasty, twin.” Since everyone already called
me Fig, my bro would sing along to the song but sub out “twin” with “Fig” every time.
It stuck. When I decided to pursue music, there was no
doubt that only one name would work.

What are you currently working on?
Sheesh, too much, haha. I have a few joint EPs in the works right now with a couple artists
whose work and passion I admire. I’m only interested in making dope art
right now. Anything else is in the way.

What is your latest release?
I drop new beats on IG all the time.
Check me out or drop me a line.

When is your next release?
Nothing with a release date yet but I’ll have my name on two fresh EPs before the end of
summer 2022. I’m in the final stages of mixing those projects right now. My career
is starting to ramp up so be on the lookout for your boy. That’s me. I’m your
boy. Why did you make me explain that?