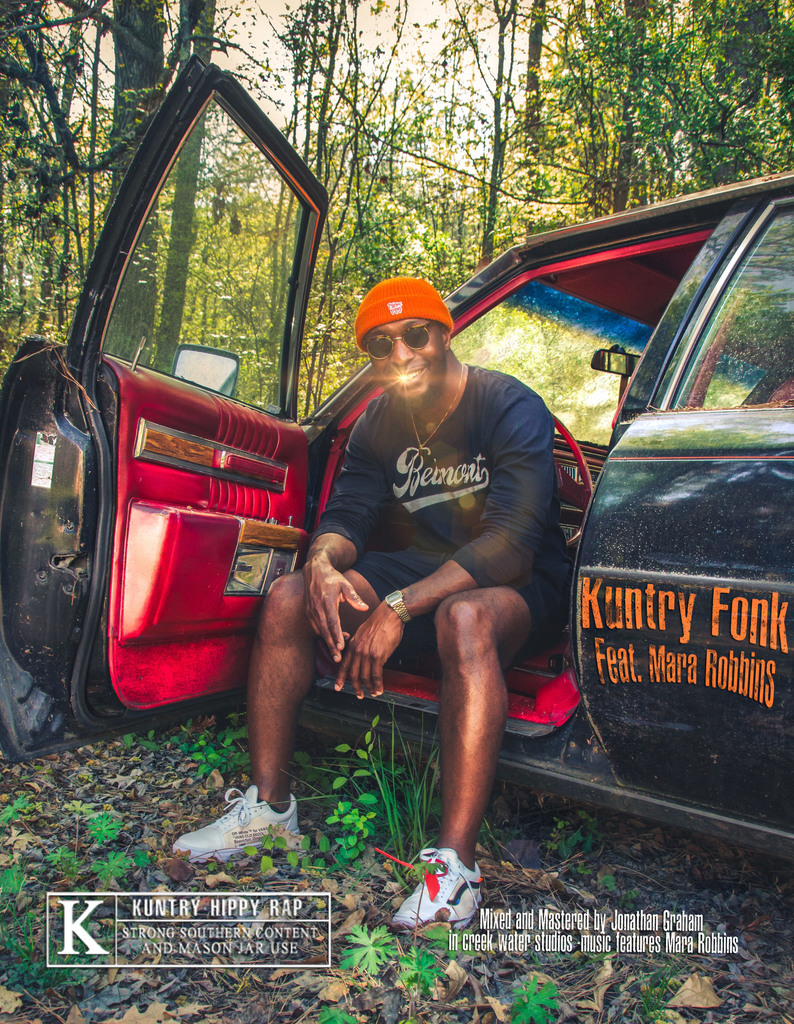 Belmont, NC has a talented Emcee/singer/writer quickly rising in its local scene. For MatrixP it's built on more than the popularity contest most artist get buzz over. He is actually creating something new and different with in the Hip Hop genre, Kuntry Hippie Rap. The self proclaimed creator of this new sound, says it is a mixture of gospel style instrumentation, southern cadences, southern slang and old school funk....If that sounds confusing, all you have to do is press play and the music will speak for itself.

In preparation of his upcoming project "Southern Fried," MatrixP dropped the new single "Kuntry Fonk." Something different, something live and something that definitely expresses his sound. This sound is gaining Belmont much needed attention and showing just how much they are in their own lane with their music. Uptempo-ed with a good vibe party feel, "Kuntry Funk" is something fresh for Hip Hop. Not the same ol' auto-tuned, over tattooed. mumble rap that everyone new to old imitates. MatrixP chooses to create a sound all his own, and give the listeners a new vibe of music they can feel with their soul. Already having graced the stages with the likes of many top sellers in today's industry, this new sound and MatrixP himself is working hard to become a household name. And after one listen...he will be within your home. Check it out today!

Enjoy the videos and music you love, upload original content, and share it all with friends, family, and the world on YouTube.
13 hours ago
0 Comments 0 Promotions

Texas native Lil Sicc is back with another classic for the West. Dropping hit after hit with no…See More
yesterday
0 Comments 0 Promotions