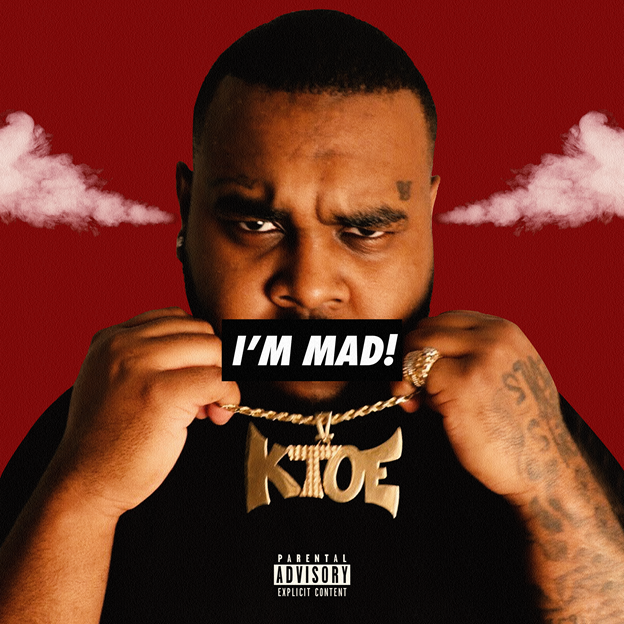 Fast rising Toronto producer, artist and songwriter KTOE releases his highly anticipated debut EP I'm Mad . Signed to Dr. Luke's Prescription Songs publishing, the 21-year-old has been quietly supplying the soundtrack for a new generation of world class talents, boasting major production credits with artists like Big Sean, Bhad Bhabie, Jazz Cartier and Roy Woods among many others. It was only last year that KTOE landed his first major label production credits on three songs from Juno Award-winning Toronto rapper Jazz Cartier's debut Fleurever. As the lone guest artist on Jazz's critically-acclaimed debut, KTOE provided the hook and music for the album's best performing single, "Right Now", which was Jazz Cartier's highest charting single to date, landing in the Top 40 on US urban charts. As the perfect segue leading into KTOE kick-starting his own solo career, Jazz returned the favor appearing as a guest on his "Touring" single late last year. KTOE happily spends much of his quality time in recording studios working alongside other talented producers and/or artists like recent Def Jam signee Yung Tory (who appeared on KTOE's "Alter Ego" single this year), WondaGurl, Rockie Fresh, Valee, Uno The Activist, CMDWN, Smiley, Ty Senoj and Tripsixx among others. The stage has been set for KTOE to really make his mark with his debut six track EP. "My inspiration behind calling the EP I'm Mad is to show people that you can't really put me into a box when it comes to my artistry, and that I'm not just a producer and songwriter. The goal is to showcase my versatility and have every one of the six songs make you feel a different type of energy!"

Why Is Everyone Talking About Tayo?Seattle native, Tayo is an upcoming artist that's fresh on the…See More
22 hours ago
0 Comments 0 Promotions