IT RAINS BY BILLY LOWRY

IT RAINS BY BILLY LOWRY is a great release which you all need to get FAMILIAR with. 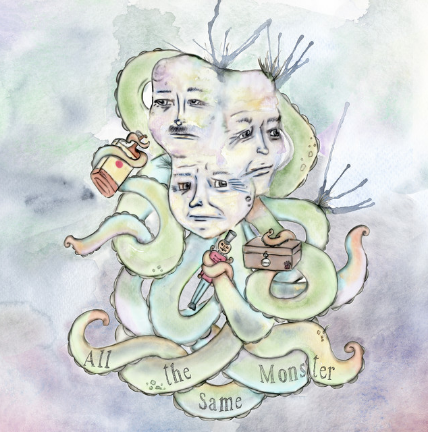 Billy Lowry grew up in Kenmore, WA where he recorded himself on cassette tapes, singing & learning guitar starting at age 8. In high-school, Billy studied music theory & piano and was in garage bands 'Prison Oatmeal’ & ‘The Lizards’. In college, Billy was in several 70’s influenced rock groups (‘Nobody’s Fault’, ‘Tie & Hired’); eventually moving to L.A. to join experimental rock group ‘The Future?’. Billy also fronted Valley of the Sun bands: ‘The Fur Traders’, ‘Echo Junction’ (bluegrass), & ‘Dave’s Not Here’, where he progressed on the bass.

Artwork for "All The Same Monster" was designed by talented artist Shannon Youso. www.shannonyouso.com