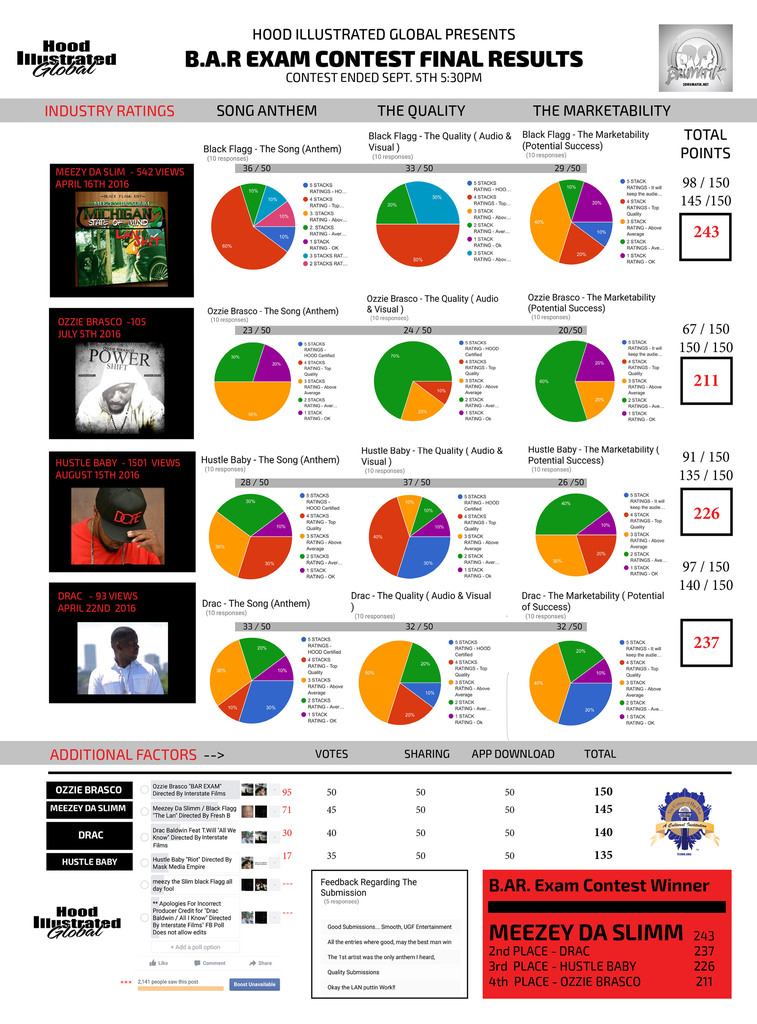 HOOD Illustrated Global x 2Drumatik #BARExam / #BESTHOODAnthem Contest has ended with the winner being Meezey Da Slimm w/ his submission titled "The Lan" Directed by Always B Fresh. [ With a Total of 243 out of 300 Points ]
HOOD Illustrated Global teamed up with two of the Best Producers in the Midwest ( 2Drumatik ) to see who can come up with a dope song for promotional use. The primary goal of this contest was to open up new opportunities for artist and a new way for them to showcase their skill set under a set of rules that put everybody on an even playing field.

The Final Ratings / Judging was primarily based on the 10 Industry Judges who rated each submission on 3 categories:  [ 150 Total Points Available ]

We also accounted for an additional 150 points which included their participation and downloading of the app which everybody received if they were active within the contest and shared the TCOHH Mobile app link ( Without the app they wouldn't know If they won). The last part of the decision process was the Voting aspect. This was never a popularity contest. We were looking for the BEST HOOD Anthem. The support is important but in many cases people support without even viewing the other entries; which is cool and we took that into factor and awarded the 1st place votes with (50 pts) 2nd Place Votes with (45 pts) 3rd place votes with (40 pts) and 4th place votes with (35 pts).  It's not that big of a difference but in this competition it could have made a difference.

This was a very close competition with 1 point separating 1st place from 2nd and only 17 points from 3rd place to 1st according to your judges scores.  The other factor being the votes could have swung it either way.  We appreciate all of the artist and their appreciation of this opportunity.  We will continue to promote the submissions and you will see a full page ad in our Ezine version of the magazine which is available right here ..........   along w/ exclusive video interviews of the other artist featured in our #BestInThaMidwest Edition Pt. 1

The contest received over 20 submissions but only 4 submissions qualified to be in the finals for judging. The artists had 2 beats to choose from and all that was needed to do was record an HOOD Anthem so it can be used in HOOD Illustrated Promo.  The prize would be Free promo and the opportunity to be on the cover of the magazine. The winner and those who submitted have received over 300 combined votes and over 2,100 views of the Facebook Voting Link along with additional promo on www.HOODILLUSTRATED.com.  This contest was a success and brought awareness of some dope artist in the Midwest but the goal for the next one is to be bigger and reach a wider audience. 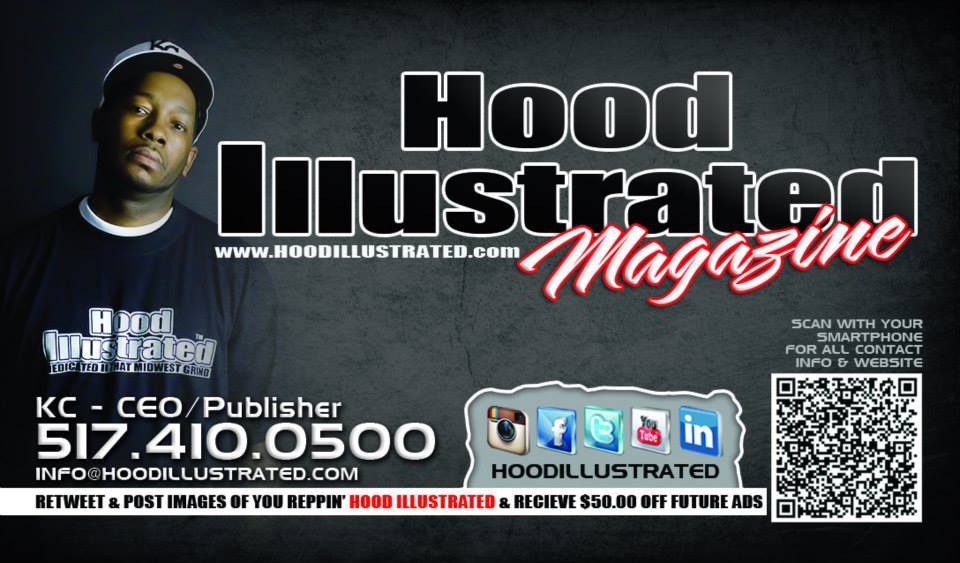