[Exclusive] SK David Baby Is On The Come Up 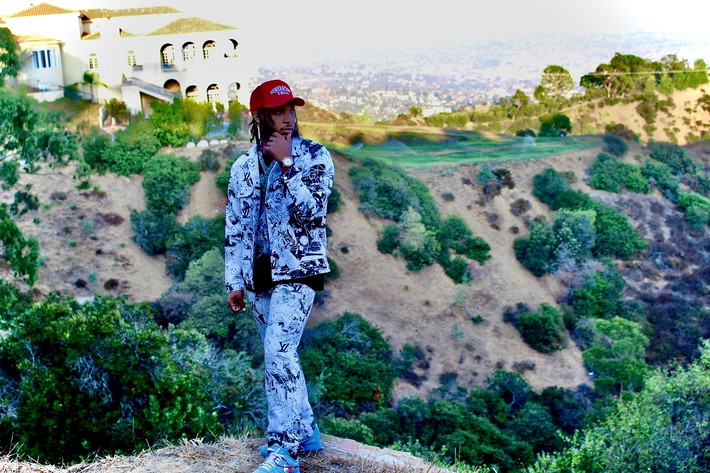 For years, New Orleans has been home to some of the most prolific rappers in the game. The
city’s gave birth to artists from Lil Wayne to Lil Boosie. Now, a new wave of rappers are arising,
among them is SK David. David dropped his first project in 2018 called GENTRILLY, a vivid look
into the rapper’s life, detailing the struggles, success, and everything in between. Now the rapper
is getting ready to drop his latest album, California Lifestyle.

David grew up in New Orleans under tough circumstances, in the Gentilly neighborhood.
“When I was growing up the city was known as the murder capital of the country.” Luckily
for him, New Orleans was also giving birth to future rap icons who would leave their mark
on the industry for years to come.

When Hurricane Katrina arrived, David and his family fled the city. Spending the following years
bouncing between California, Texas, and Mississippi. “All that moving wasn’t easy, I think that’s
part of the reason why I started listening to music so heavily”. David found solace in rappers like
Curren$y, Soulja Boy, and Lil Wayne. In time, he took that same solace and crafted it into art of
his own. The influences and experiences brought a distinct and assorted approach to his music.
In particular, SK uses a multi-faceted vocal approach when crafting his art. This includes his
deeper speaking voice, a lighter singing voice, autotune effects, and his natural southern flavor.

“Back in high school, we put on some of the biggest parties in New Orleans. I used to perform
at each one with my friends. I would switch up my flows and voice, then watch how the crowd
reacted. That’s when I really knew that I could be something big. That energy is like no other
feeling in the world.

Eventually, SK left the monumental parties behind and went off to college at Louisiana State
University where he majored in advertising on a full-ride academic scholarship. Once in college,
he took his music to the next level, releasing his very first project GENTRILLY. The album was
named after the Gentilly where the rapper grew up.

He also went on to launch his record label, Generation Trill, a play on words to represent
a new generation who grew up under circumstances that we’re “too real”. SK’s biggest
priority right now is California Lifestyle, but in the meantime, he’ll be releasing a
number of visuals and singles.