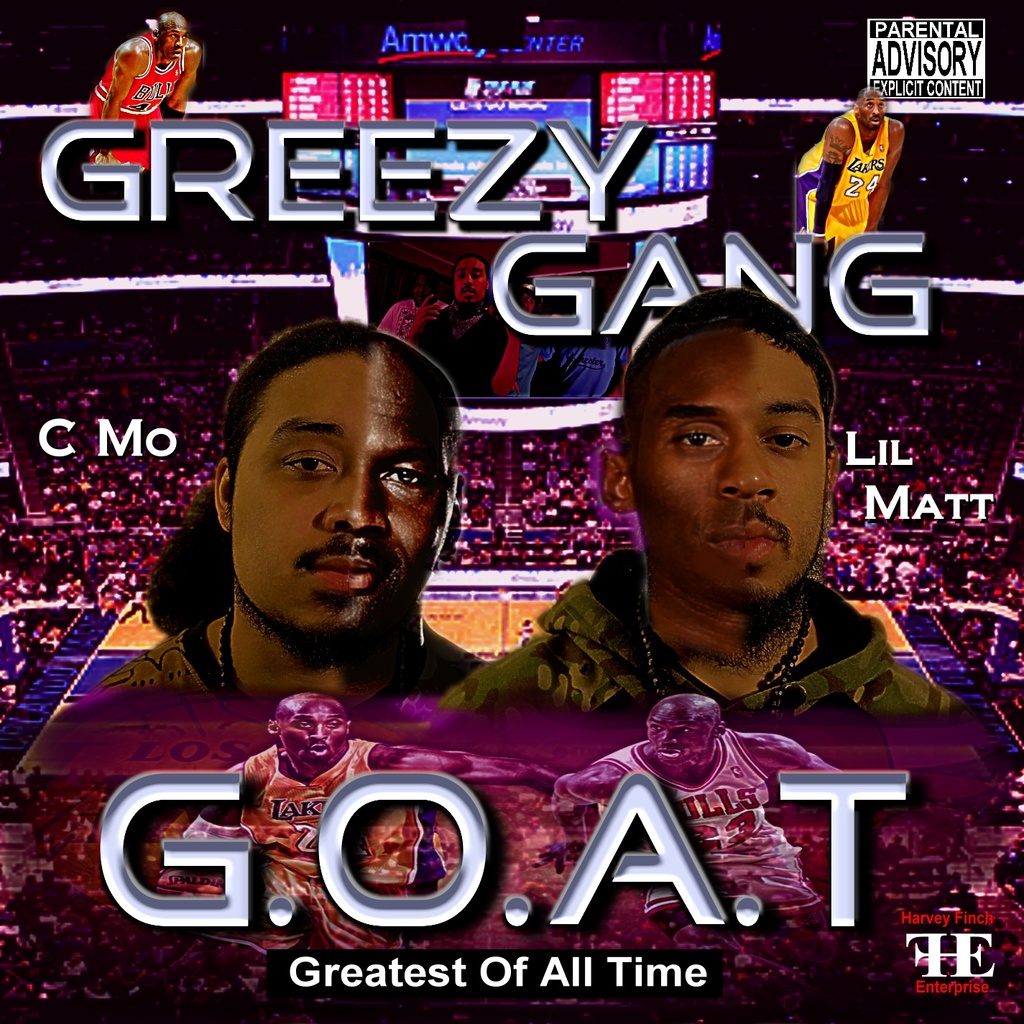 Less than a year ago, the group known as Greezy Gang (brothers C Mo and Lil Matt), released their debut project "BooPac." It was a perfect introduction and a breath of fresh air for hip hop as Greezy dished out hard reality based music.  And not long ago hoodillustrated released an article celebrating a second signing from Greezy Gang with underground powerhouse label, "Harvey Finch Enterprise," in preparation of a sophomore release. This was all of about 6 months ago.

Since then, C Mo and Lil Matt have been busy paving their lane. Titling the new project "G.O.A.T." or Greatest Of All Time, many felt Greezy Gang may have bitten off more than they can chew. Asking "who calls themselves the greatest after only one album?"  But they were ready and willing for the hate and answered it with release after release promoting the up and coming mix tape.  And each single was just a small dose of high potency medicine for anyone sick with envy from these young men's career.

Having always expressed a strong value for family, the first video release was called "Pain Away," and a beautiful dedication and celebration of the head of the family table,...their Granny Ruby.  From there they attacked with a message to those who searched for negative responses to their positive endeavors with the "10 Toes Down Remix." And quickly emails started getting sent and people started watching.  After all, the growth between the first project and this was a toddler to teenager equivalent. From rookies to MVP pros over night.

And they were not finished. They returned with the shock value single "I Had Too." Quickly expressing they never changed, only did what they had too. Removing dead weight and hateful energy from around them so they may rise, led to the cutting off of a few family members and life long associates.  They focus on this in "I Had Too" all while explaining they a maturing...they are growing...and they are focused. And they had to do what they had to do.

These hot singles prepped and led to the release of Greezy Gangs latest project "G.O.A.T" on August 9th.  Dropping on many platforms of free music, the feedback is loud and the numbers are quickly growing.   The 14 song album is packed from one song to the next with hot material of dope instrumentals under some of the most realistic bars we have heard in a long time.

With a little something for everyone, Greezy Gang doesn't fill their project with make believe raps about cars they don't own, money they don't have, while claiming rule over a city they have no pull in....Instead Greezy focuses on real life issue and emotion. Choosing to spit about trying to be something in life and the trials and tribulations that come with it, Greezy gang is a dose of reality long overdue in the hip hop industry today.

One of this writers personal favorites was a song titled "Freak".  C Mo and Lil Matt ride the instrumental rhythmically while asking a certain someone can she keep a secret. I think what caught me the most is this was such a different vibe from these 2 artists. And on top of making an amazing song...they show with Freak that they are extremely versatile in deliver and concept.

Check out the second release from Greezy Gang. Now available for streaming and download on Spinrilla, MyMixtapez, Datpiff and more. Also available on www.hfemovement.com, where you can keep up with all of Greezy Gangs moves and music. Follow them now. Get a healthy helping of real hip hop,...and watch these two young soldiers rise to be known as 2 of the Greatest Of All Time.

Philly Blocks and Team 563 present the "Murdaville Mobster" the "502 Bully" HSMG Q. Due to the high volume of cap that has infected the majority of the rappe...
9 hours ago
0 Comments 0 Promotions