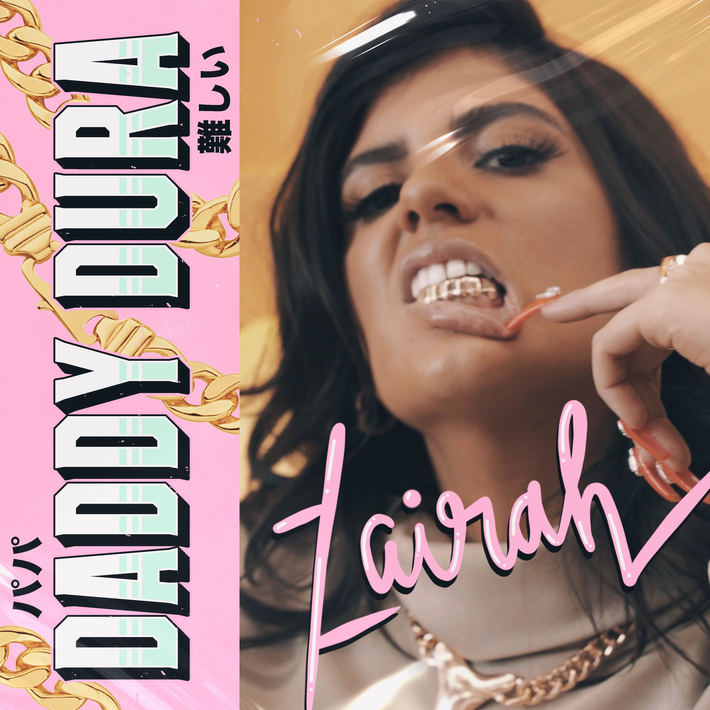 Today Latin Trap/Reggaeton artist Zairah returns with a fiery new single "Quien Como Yo."  The single is taken from her new album Daddy Dura set for release on May 22, 2020, and follows up her recent support from a host of media outlets including Remezcla, The Breakfast Club and The Source to name a few.

“Quien Como Yo is one of the singles off of my new album Daddy Dura and we shot a dope visual to it. Honestly, it’s pretty crazy watching it back now ‘cause it was filmed right before the pandemic hit and I had also just had abdominal surgery. I think I did a pretty good job at hiding it on set but I definitely felt it and couldn’t move like I can now," Zairah explained.  "It’s a cool memory everyone involved can take with them into quarantine. And it's a true representation of feeling like a badass bitch and owning your situation, I was standing in front of those window panes with my scar still healing going, "QUIEN COMO YO?"

Looking back Zairah knows that the music video experience with Joel Santiago of Melting Moon Films was one that won't be possible for a long time with the COVID-19 pandemic shutting down the world. In the song translated as “Who Like Me?”, Zairah questions what her competition is.

Dubbed "La Madrina of Spanish Rap," Zairah is a self-proclaimed military brat that moved around throughout her teenage years, even living in Alaska! While Zairah started out rapping as half of a Hip Hop duo with her best friend who now manages her career, she hasn't stopped expanding her sound palette and experiences to develop her music.

Drawing from around the globe for production Zairah, was able to get Mexican producer Wildkatz to produce four songs off the project, including the lead single, "Quien Como Yo."

"So many really talented producers and artists were involved in the album from many different countries: Spain, Netherlands, Argentina, Mexico, United States. My favorite Spanish Trap group Afrojuice 195 featured on Tiraera, produced by Argentina’s Dabow. The homies Zwart-Wit, Niño Francois, and Nurrydog breathed life into the album with their unique production too. This album is global at its finest. I’m so happy that we were able to unite so many people," Zairah said proudly.

Always championing diversity and inclusion, Zairah says that she represents all of those who are Latinxs in the world fighting for identity and representation.

"I represent myself and those mixed Latinxs who feel as underrepresented as I do and who question their own identity ‘cause they come from cultures that are not expected to blend or looked down upon for blending within Latin communities. We still have a lot of that hate towards one another and a long way to go. It’s a problem we don’t often talk about or address, which is so heartbreaking to someone like me who got to experience the beauty of diversity," Zairah concluded.