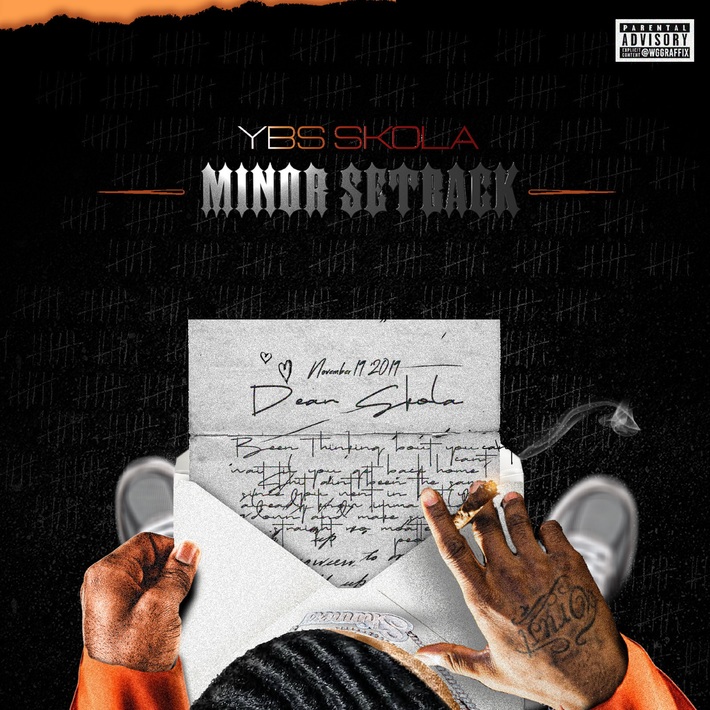 Currently one of the biggest names in Baltimore, YBS Skola is ready to make himself a household name on a nationwide scale and makes his introduction in new album, creatively-titled, Minor Setback. The nine-track project explores the recent trials and tribulations that the new star endured during his rise to the top. He retells his days of hustling, the consequences of the game and surviving the pitfalls to eventually achieve greatness.

A life lesson well learned by the new sensation, in the album, he indulges of turning negatives into positives. Revealing that the heartache and pain he suffered was necessary and made for impactful subject matter on the project as a whole.

YBS Skola on the new album:

"I needed to feel this pain. I needed to go through this. I'm still the only hope mane, just a minor setback for a major comeback. I’m coming back better than when I left. You can’t find this swag anywhere. I’m the chosen one."

The album features YBS Skola's breakout hit, "Blow a Bag". The lead song put YBS on the radar and lead to popular cuts on the new album "Making Moves" and "Communicating". Supporting YBS Skola on the project is guest appearances by Baltimore's finest NFL Vicky, 3 Glizzy, Young Moose, and Nell. Available now via The Shinners Entertainment.