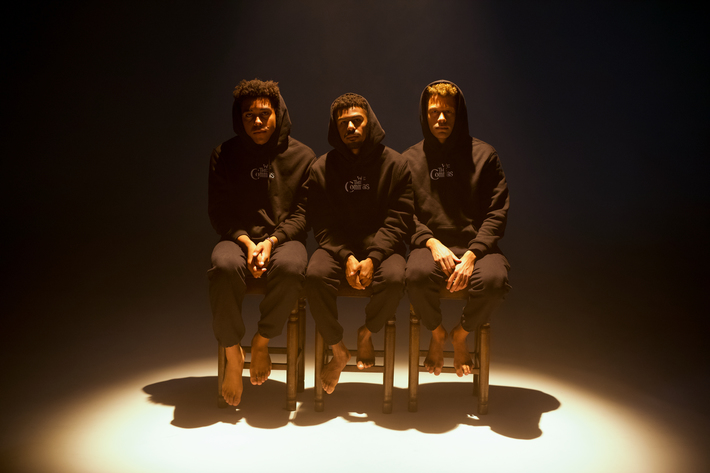 We The Commas is back. After riding a wave with the success of their debut EP, SARB. The group returns with another buzzworthy single today called "The RZN".

"The RZN" is a song with a message over the real live brass and string instrumentals to amplify the somber tone. Released following the tragic death of George Floyd, the tragedy brings the band together and inked a sincere reflection on their experiences as young Black men. We The Commas says, "In actuality, in history, it's true we've always been oppressed and it's the reason why I get depressed and the reason why I'm a mess… I'm singing to the heavens, if you hear me God, take my hand. God, if you're in the sky, I think the world is on fire.”

They elaborate, “This song was our way to express the pain we were experiencing in the midst of the turmoil. We never planned on releasing it because it was just a song for us as brothers to hold onto. Long story short, about a month after the song was created we were getting haircuts and our barber randomly told us he heard a snippet of the song. He said that if even just a few people were touched by the song like he was, then it would have a huge impact. So here we are releasing it!”

A brief background on We The Commas, they have something for everyone and any mood. Their debut EP spawned hit singles, "Too Long" and "All The Best." The trio shared the ‘90s TV sitcom-inspired video for “I Will” that’s sure to put a smile on your face during these trying times. The group consists of Cam (18), Jordy (19), and Lenny Comma (23).

The video sets up a promising follow-up EP, slated for a 2021 release. "The RZN" is available now on all DSPs via Fly Boy Entertainment.