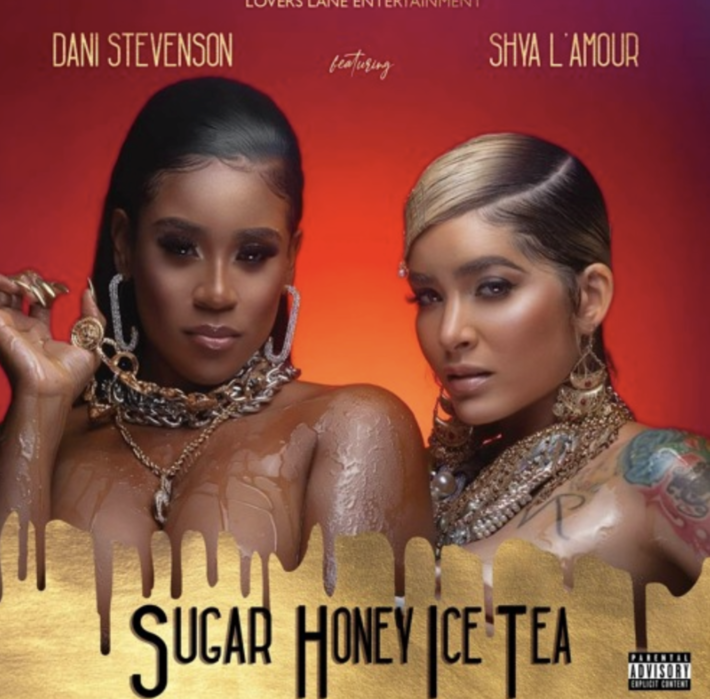 In the early 2000s, Harlem’s Dani Stevenson exploded all the sparks needed to mark herself as one of the most exciting entries in the industry. Rightfully on course to become the next big thing, she appeared on Nelly’s Grammy-winning number “Hot in Herre” and Nappy Roots’ “Headz Up” with her stem-winding voice. The R&B singer-songwriter would later go on delivering her own superhits: “Honk Your Horn” (featuring Missy Elliott) and “Yo, Yo, Yo” (a soundtrack to Vin Diesel’s film XXX). The debut album, however, was put off when she left Universal Records, and subsequently, this episode pared down the intensity of her blooming.

Dani shares of the track:

“‘Sugar Honey Ice Tea’ is about the people who always have something to say with the intent to bring other people down. The song means, if you don’t have anything nice to say, don’t say it at all!”

The Atlanta-born Dani invited Shya L’Amour to guest on “Sugar Honey Ice Tea.” Shya, who recently had a square go with the couple Offset and Cardi B, has made her name with songs “Like Me” and “On Go.” Full of vibrancy, the duo’s captivating spells of rhythmic rapping arouses thrilling dizziness. The fancy slab of tantalizing beats and effects conspicuously justify the title “Sugar Honey Ice Tea.” With the firepower presented on this track, is Dani hinting at the possibility of a massive storm on the impending full-length?

When it comes to getting rich, you only focus on things that will get you to that goal. There is…See More
Wednesday
0 Comments 0 Promotions