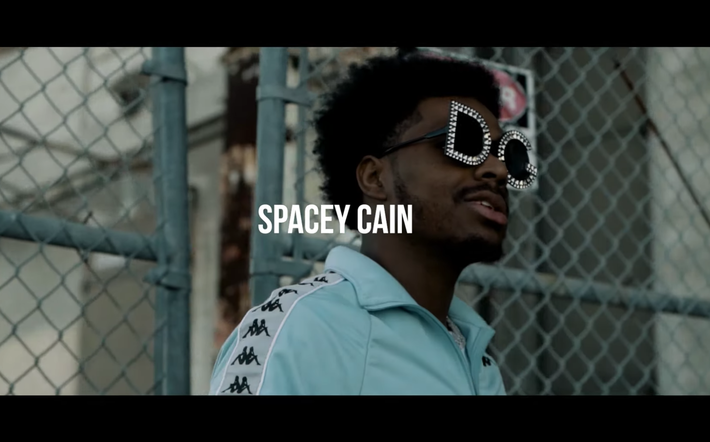 Continuing to put pressure on the game with his hit single, "Waste Time," rapper Spacey Cain has emerged on the LA scene by way of Atlanta. Originally brought up in New Orleans this journeyman moved out of New Orleans at an early age to escape the typical crime we see in a city. From being incarcerated to battling poverty, Spacey Cain is not a position to "Waste Time." Time is off the essence and Spacey Cain is on a mission to achieve his childhood dreams.

"Don’t waste yo time on anything else but yourself because when I first got outta jail I felt like I was behind in life.  My mentality was not caring about anything else except my dream because if I don’t care, then Ima miss my shot.  I also always got played by females I dealt with and my intentions always been pure and they always were going against me when I never had any intention of doing them wrong.  My heart been broken by females over 100 times and this song speaks to that hurt and pain."

The struggles of Spacey Cain's youth not only helped him grow as a person, but it made him extremely ambitious so that he would never have to go through a situation like that again.

"I'm from the 13th ward, the West Bank. My projects are gone now, but my childhood was really in Atlanta, Arizona and California because my parents didn't want me to get in trouble in the streets of New Orleans, we were in real poverty," Spacey Cain said. "But it made me ambitious and it gave me a lot of different emotions toward making sure I got out of the struggle. It just grew a hunger that I shouldn't be like this. I shouldn't be going through this and I feel this. I feel like it's in my blood to be great and I was going through all that different stuff, I was just trying to find ways to make it out to better my situation."

Despite his attempts to stay out of the streets Spacey Cain became entrapped by the Arizona justice system and took a case for his brother who had a child on the way. While having a criminal record thwarted Spacey Cain's hopes of making it to college sports, it spawned his new custom shoe company, Cain Customs, that gained the attention of celebrities like Kevin Gates and Jay Electronica to name a few.

"I made that company when I got out of jail.  It was just weed charges but before I went to jail I was trying to focus on school because I wasn't going to make it in sports because I was short. I had lost faith in going to college and playing sports in college so I just thought I would focus on rap.  I was in Phoenix and it turned out to be a way for me to make money to put towards my music career," Spacey Cain said.  "I went and got a job on my 16th birthday and my first two checks I invested into the company and I was grinding with it. Just putting money into the company. From there I was able to design a couple shoes for celebrities, I was networking and doing my thing and got some popularity because of that."

Going forward Spacey Cain is preparing for the release of his project Spacey Cain Astronomical which is set for release later this year.

Loyal Lane out of the Mon- Valley area of Pittsburgh, PA has been making his mark in the music…See More
20 hours ago
0 Comments 0 Promotions