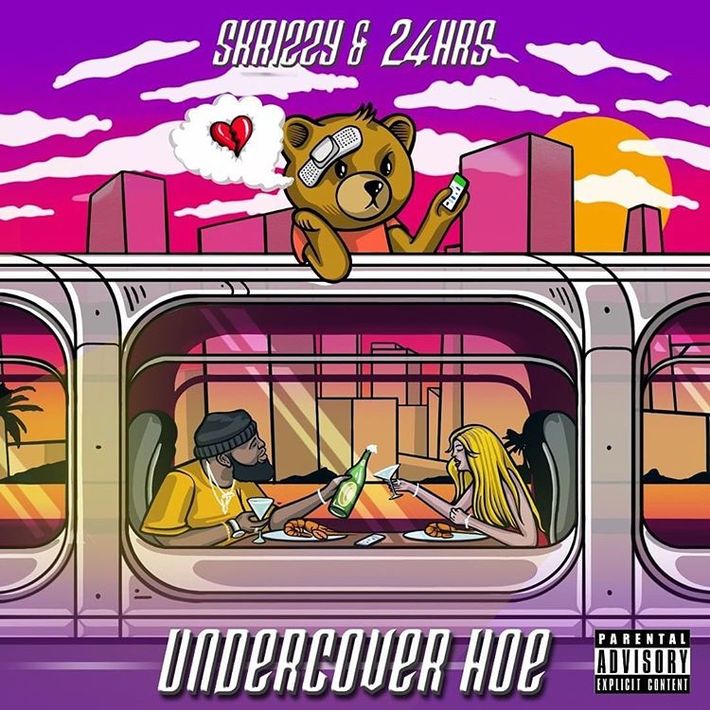 Skrizzy never ceases to amaze. In 2020, he has continued to produce hit after hit, and today we receive another from the fast-rising star in the new single, titled, "Undercover Hoe." Recruiting the hit singer/songwriter 24Hrs, Skrizzy is an evolving playboy intriguing his love interest in embarking on a summertime situationship. The two stars deliver an ultimate machismo persona to persuade the ladies on this catchy new release.

“This song is an ode to LA party girls. You know the ones that take pictures holding a guys hand just to show off his AP. The type that shows face at a different ball players VIP section every week, but got a boyfriend; yeah - that girl. 24hrs spoke from the perspective of a “rapper boyfriend” with an overly curious girlfriend who constantly has her heartbroken due to curiosity.”

The new single follows previous songs, "SZN" and "Eleventh Hour." Thanks to Skrizzy popular Music We Can Fuck To series, the thriving new star has ascended to one of the most consistent new acts in today's music. For more Skrizzy, follow the recording artist today on social media.

Support Those That Support You posted blog posts
3 hours ago

Bubble is the new single by an upcoming Trinidadian-American artist Poppa Loula . It was released…See More
7 hours ago
0 Comments 0 Promotions