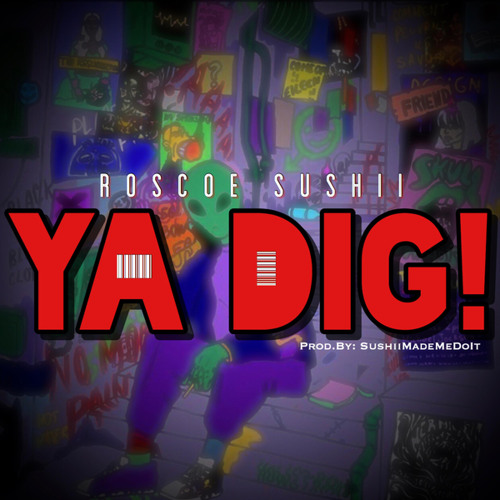 Fast-rising Atlanta based music artist, dancer, and producer, Roscoe Sushii just released a hot new single titled “Ya Dig,”. Check it out below!

Roscoe Sushii has continued in his pursuit of creating music and content for all age groups with the release of “Ya Dig” as well as the video to the single. The Atlanta native, who recently ventured into singing and songwriting after achieving some level of success as a producer/remixer, dancer, and sound engineer, has already started to gain traction as an artist. In a related development, Roscoe Sushii is currently working on the remix to his newly released single where he features two heavyweight artists.

The decision to do music was inspired by the death of Roscoe Sushii’s dad, Jermaine Cameron “Big Jay,” as he seeks to live his dream of becoming a star. Roscoe has always been an entertainer, working with several big names in the industry as a dancer and performer. He has produced multiple viral beats and remixes as a verified user of several platforms such as Dubsmash and Triller. In line with his goal of putting smiles on the faces of millions of people across the globe using music, fun, and entertainment, he also danced background for Coca Vango  “Mr.Sauce All On Me.”

Roscoe Sushii aims to bring a refreshing sound to the music and entertainment industry, taking all categories of music lovers on a unique experience of impactful tunes. His song titled “ICNFWTN,” where he chronicled his journey through life is a reiteration of this commitment. Roscoe will be looking to thrill his fans as he goes on the Influencer Tour that starts in July.

“Ya Dig” as well as other works from Roscoe Sushii can be found on all major streaming platforms.

When Sean Delaney came on the scene in 2014, he knew about the uphill battle he would face along…See More
6 hours ago
0 Comments 0 Promotions