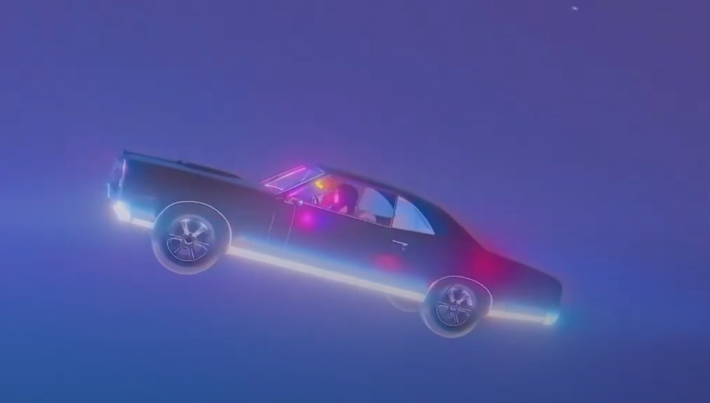 Lourdiz is a fresh face in today's pop landscape but quickly becoming one of its brightest stars with her signature look, sound and hit factor. Today, capitalizing on buzzworthy new music, Lourdiz links up with one of Los Angeles' hottest new Latin stars in Jon Z for her creative new visual presentation, titled, "Ground Control."

The SLEEPxTITE-directed clip shows the new 18-year-old star floating throughout her own world filled with bright lights, classic cars and a lot of imagination. Pulling from her family’s heritage and bilingual upbringing, the genre-bending Mexican-American showcases her signature style of experimental Hip-Hop.

"Ground Control" is potentially Lourdiz most creative song yet. "When I wrote the song I wanted to find a way to blend elements from the music I grew up listening to with the artists I love today," she elaborates. "My family’s Mexican culture is a big part of my identity, it’s who I am and where I came from, so it's all about blending my past and my future. I’m very grateful for the experience of writing this record with Jon Z. It was a very grounding process and bringing in his vibe was the key."

In 2020, Lourdiz has created an undeniable presence that sets up a huge payoff in the forthcoming release of her new album. Along with "Ground Control," the new album will feature Lourdiz's latest single, "Suicide Down." "Ground Control" is streaming now on Lourdiz own imprint. For daily updates and more, follow Lourdiz on social media.