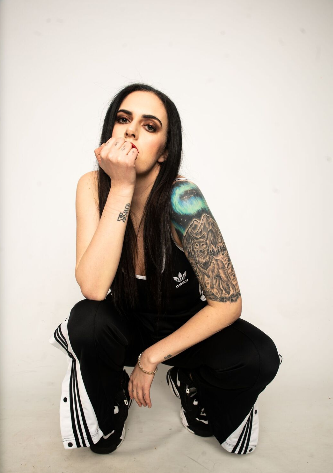 An artist well known for her dynamic flows, aggressive stage presence and elaborate story-telling, Lex Leosis is loud, opinionated, constantly fighting for what she believes in and hungry to make something of her family name. She’s got an attack in her flow, juxtaposed with a finesse in her lyricism and a hunger in her vocal tone. Her family gave her traditions, Toronto shaped her, and California helped form her sound. Growing up in the West End of Toronto with a single mother who worked around the clock taught her discipline, hard work and survival. It gave Lex the energy to perfect her craft, grow her career and exchange stories with artists from all over the world.

Her latest single "I Don't Play That," is a piece that puts the up and comer on the map. With a steady flow of outstanding lyricism, brilliant storytelling and flirtatious beats, Lex Leosis instantly proves that she has staying power in the ever growing genre. Her music has solid influences that are placed throughout the new single, and brings her unique vision to the forefront.

Lex has spent much of the past two years devoting herself to the growth of her hip-hop group, The Sorority. The group made waves with a 2016 International Women’s Day Cypher, and since then have released a debut album to critical acclaim, and toured Canada multiple times, sharing festival stages with many great artists. Despite balancing the group, Lex has been hard at work developing her own music infusing her multiple inspirations, Greek identity, and personal history with her own flavor, and is excited for what 2020 has in store.

Connect with Lex Leosis via: