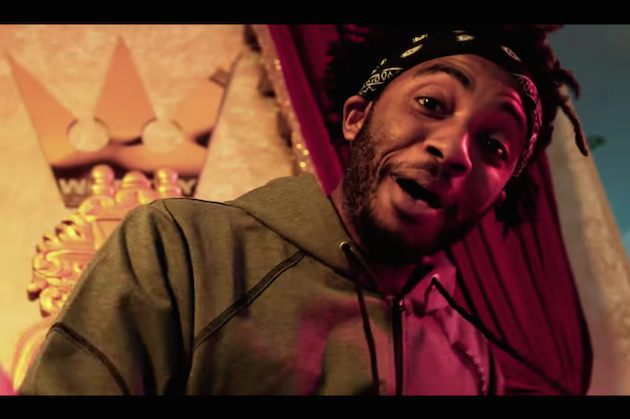 In an era where the women's movements like #MeToo and #TimesUp are gaining momentum "Show the Ladies Some Love"  is as an acknowledgement of women's progress and rights along with Kali Mac's natural love for everything that women do for our world.

In the music video Kali Mac raps on New York rooftops, in the studio, on the streets and finally at a house party encouraging his brothers and sisters to protect and respect women as much as they lust for them.

"I've always been a rapper, but I also like to sing and do songs for the ladies. I wanted to give off the attitude that a lot of men need to adopt. A lot of men can't handle rejection and take it out in unhealthy ways.  I just wanted to bring back the respect to women, because that's the way it should be," Kali Mac explained.

Kali Mac is not your typical 2018 mumble trap rapper - he has been at this for a while and flips his words with ease.   This song is just one example of how Kali  Mac strives to be positive while also still keeping that edge following in the footsteps of rappers he admires like J. Cole and Kendrick.

"For some reason positivity and love is corny and I'm looking to change that. It shouldn't be like that and that's what I want to get across. Kali Mac explained.  "My manager had the idea for the song and it just fit - I really liked the idea of making a song about respecting women especially since not a lot of people are doing positive songs these days."

At an early age Kali Mac indulged further into writing raps after being motivated by his own mother's passing, and has since honored her with every step he takes in his pursuit of success in the entertainment industry.

"She was the real motivator because I found out after she passed away that she had wanted to be a singer, like a professional singer so I wanted to have my mom really live through me vicariously," Kali Mac explained.

In support of "Show the Ladies Some Love,"  Kali Mac will be attending a Memorial Day Weekend celebration on Saturday May 26th at the Bronxworks Classic Community Center for a community empowerment event to support the Hip-Hop Against Gun & Gang Violence Week Campaign, sponsored by the Hip-Hop Summit Youth Council, "The Shark" Daymond John, Power 105.1, Fubu Mobile, Bronxworks, City-Wide Council of Presidents, At Risk Community Services and hosted by the "Fitness Sheriff."

All proceeds from the single will be donated to the Hip-Hop Summit Youth Council to support their after school project, which Kali Mac will be involved. The program will address sexual abuse and harassment against women and girls starting in September, 2018 with two programs called, Hip-Hop Against Sexual Abuse of Women (HASAW) and Women And Girls 4....