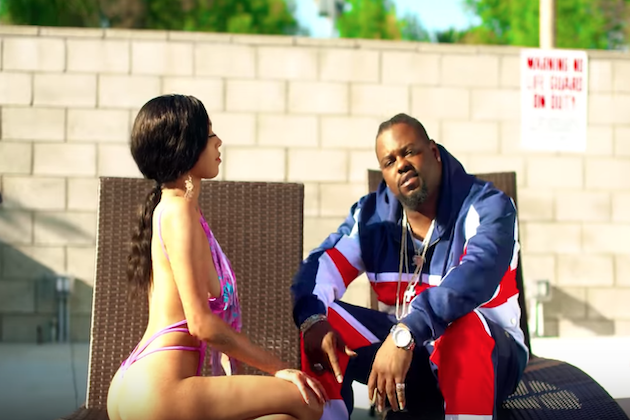 Today West Coast rapper JAYZON returns with his new music video for the song, "Bestie." In just a few short months the song has already earned over 180k plays on Spotify alone, solidifying the West Coast rapper's spot on the LA scene. JAYZON penned track based on personal experiences, placing himself between two females in a drama filled love triangle.

"Bestie is my first real single and I'm putting a real push behind it. So far it's been doing pretty good, and it's about a guy that's in love with his girl's best friend. It's the typical story that people go through everyday, but nobody wants to talk about it," JAYZON said laughing. "I felt it would be a great record to push because people can relate to it and controversy sells."

As a rapper JAYZON hasn't had the most traditional path to becoming a success in the music industry. JAYZON got his break in music by focusing his efforts on producing, earning income with music licensing and working with a production team called The Neckbones. Working with the best of the best, producing on soundtracks and working primarily for television and movies, JAYZON was eventually encouraged by his business partner and management team to pursue his career as a rapper.

"I started off as a producer with The Neckbones production group. From there I produced music for Eve, WC, Beanie Sigel, Austin Powers Gold Member, the movie Biker Boys and that kind of just got me in the game," JAYZON explained. "It's an inside the box thing and it's all about meeting the right people, once you're in there it's a wrap."

Eventually JAYZON released two projects in 2017 titled, Tell the Truth and Love Songs which show fans the duality in JAYZON's music, proving his ability to make songs for the streets and songs about love and relationships. When asked about what it was like to record with major artists like Eve and Young Jeezy who is featured on his Tell the Truth album, JAYZON explained he just wants to make good music.

"I still work with a lot of the artists from the past. It's all about showing love, trying to unite and make some history. No matter who the music is with, as long as it's dope and it's good music, that's all that matters to me," JAYZON said.