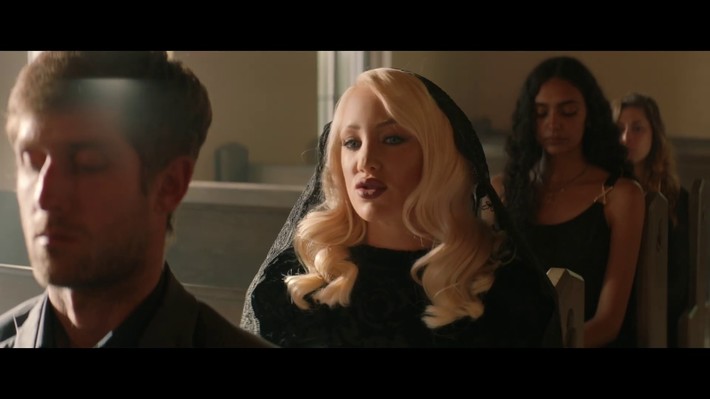 The Los Angeles-native attends her own funeral in the new video for her debut single, "Over Now". Featuring Snow Tha Product, Elizabeth puts her past to rest in the Embryo-directed feature. Addressing her past mistakes dealing with her toxic ex, Elizabeth describes the song as a way of moving on to a new lease on life.

“I wrote this record about being in a relationship that keeps going bad. When you’re in that place where after way too long of going back and forth you finally just let it go and move forward into the unknown. It’s being in that place of it is a little scary but also an exciting time of dumping the dead weight and moving on.”

Snow Tha Product co-stars as a ceremony guest with some creative last words for the past. Dressed in all black, the newly independent superstar spits another spectacular verse that includes confidence, empowerment, and dominance. The two's chemistry is electrifying and hopefully the beginning to many more collaborations between the two to come in the future.

James Elizabeth on the collaboration:

“Snow and I got connected from our engineer. I’ve always wanted to work with her. She’s extremely talented but she’s also just a good human. I like that she stands up for what she believes in and is very inspiring and this song is for anyone going through a bad break up and finally just had enough. We’ve all been there, keep going…”

The two are currently on tour for Snow Tha Product's "Goin Off Tour". A sold-out 30-city tour that includes stops in Dallas, Chicago, Detroit, Cleveland, and Oakland. Elizabeth has been highly-publicized as a breakout opener on the tour with her energetic attitude, fresh new sound, and undeniable stage presence. The tour continues to roll on with the last stop in Santa Ana, California on June 15th.