Santa Maria, CA – February 19th , 2021 -  An up-and-coming artist and musician, Brotha Yannick is all set to use his musical compositions to highlight the trials and tribulations he has felt throughout his life and the obstacles he has had to face.

His musical albums remain unique and…

Minneapolis, Minnesota - New Age Rap isn’t the most universally accepted genre. Many rap fans are clinging to the past, claiming these new age rappers to be mere shadows of the legend from before. However, artists like Mr. Phamou$ are reminding everyone why new age rappers aren’t meant to be taken lightly.

Mr. Phamou$ is a New Age Rapper from Minneapolis who has been recording music since 2017. His aim is to create original music that gets his audience up and…

Baker, Louisiana - February 14, 2021 - There aren't many record labels that simultaneously promote themselves and their artists. Fewer record labels actually have all their artists collaborate on one album. Musiq/Musiq Records is breaking all these stereotypes and doing something completely unique. Whether it is R&B, Gospel, Hip Hop, Jazz, or Soul, there is every imaginable genre under Musiq/Musiq…

With striking and fresh Hip Hop compositions, UGO is all set to become an up-and-coming sensation creating music with rich and masterful lyricism and refreshing beats to vibe along to any place and any time

Berlin, Germany – February 7th, 2021 –  An up-and-coming musical sensation UGO is on the pathway to success with the release of a fresh new album that is bound to mark UGO’s big breakthrough in the musical industry. Creating masterpieces…

Winona, Mississippi - Hip Hop and Rap have never faded from the spotlight. For a good few years, the music created by rappers and artists from the genres was groundbreaking. From social justice cries to heart-wrenching tales of heartbreak, the genres had it all. Now, there’s a new artist, Thug, who is joining the ranks of these legends.

With strong and unique vocal brilliance and absolutely stunning craft and lyricism, Yuce is all set to take the Rap and Hip-Hop musical industry by storm, creating musical compositions that not stimulate and inspire listeners

Boston, MA – January 29th, 2021 - Taking the Rap world by storm, Yuce’s stunning new album having released on 31st December 2020 is sure to take the up-and-coming singer and song writer to new heights. The fresh new…

Houston, Texas - February 15, 2021 - Love has always been one of the biggest inspirations for artists. Many artists have written out love stories in the form of the catchiest tunes today. Another artist who’s telling a story about love and heartbreak is Chichi Marie.

Presenting STIN, the Up and Coming Rapper

Newport Beach, California – STIN is a musician who used his years of experience writing as a sportswriter to pursue his lifelong dream of becoming a songwriter. His musical talent and creativity have allowed the artist to produce music that captivates listeners with catchy tunes and relatable lyrics.

Fayetteville, NC - February 14, 2021 - Passionate about his music, life, and the struggles that come with it, Tony T draws listeners in with his raw beats. His music strives to push the borders beyond entertainment; it works to create a connection with those listening to it.

Tony Torrino, better known as Tony T is an R&B and Hip Hop artist who writes from the heart, and sings with breathtaking intensity. In a saturated genre, Tony T’s music stands out…

Southeast, Washington D.C. - Storytelling has been around for centuries. Whether they are told as paintings or in music, telling a story, particularly your own, is always exciting. Jr Da Artist is telling his story through his music, and it’s a story everyone needs to hear.

Jr Da Artist is a new artist that primarily makes music in the Hip Hop and Rap genres. With influences such as Tupac,…

With a memorable R&B and Hip-Hop vibe that rings, NickyP is all set to become the next best addition to the energetic and thriving genre with his far-reaching and striking vocal range and lyricism

New Single From Ameerah The Songstress

First of Seven, Ameerah The Songstress Releases New Single “Everything”

Los Angeles, California - Philanthropy and music have always gone hand-in-hand. So much music is based on the real issues that plague our society that philanthropy has become a part of the industry. Someone who has truly melded their passion for music and philanthropy is Ameerah The Songstress.

Hailing from Detroit, Michigan, Ameerah The Songstress is a versatile…

York, Pennsylvania - Music, like the world, changes with the times. As the music industry grows and evolves, artists are finding it harder to box themselves into mainstream categories as per management's wishes. Artists like Larry Brock prefer to be left uncategorized rather than be fitted into an arbitrary box. Larry Brock is very much a modern artist. While the world…

Werribee, Victoria - Rockstars are born, not made. Every so often, an artist is just born for the stage, and new artist T. Ledger is definitely one of these rare artists. Hailing from Australia, T. Ledger or Trev Llyn is an upcoming musician and author. This multi-talented artist is nothing like the mainstream artists that have come out of the country so far—mainly dabbling in genres such as Hip…

Albuquerque, New Mexico - The old Hip Hop is slowly slipping away. The biggest names in the industry are slowly being left behind, simply being known as the greats. If there's someone looking to bring back that era of Hip Hop and Rap, it is Kevlar.

Kevlar, aka Justin Burch, is a musician that aims to bring back that era of Hip Hop that left him inspired and motivated…

Newark, New Jersey  - Music has always been a source of comfort and hope for those going through tough times. Artists have created music that shares the experience of their lives to help those going through the same situation. Another artist who is showcasing his life through his music is Mike Multi.

Mike Multi is an hip hop artist who puts his… 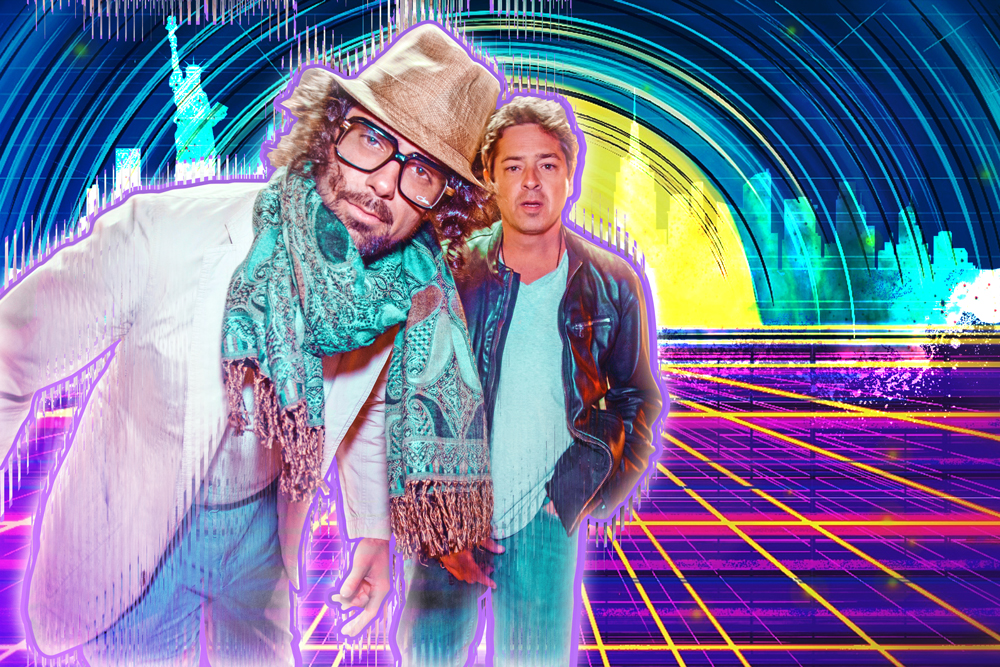 Los Angeles, California - January 29, 2021 - To say that 2020 was hard is an understatement. The pandemic managed to bring the whole world to a stand-still. At a time so bleak, artists pushed through to create and express in different mediums. S.C.R.D. is the perfect example of an artist who used a bleak situation to make a silver lining.

Following up on their Christmas day release of…

Groove to the fearless beats of Blonde Sherese's latest album, 'Underneath' and watch it take your breath away! Stream the album now!

Columbia, South Carolina — Music can soothe scars from the hardest battles in life. Blonde Sherese, an inspiration to the LGTBQ community, is a singer and songwriter from Illinois. She has made a significant impact in the hip hop and rap industry with her splendid tracks.

Sway to the refreshing beats of Doin2much7 and his team's latest music right away!

Glendale, Arizona — Only music has the power to put in a different zone altogether. Doin2much7 is a hip-hop artist from Arizona and has garnered praise for his tracks from his fans worldwide.

Along with his team Gold Nugget Records, Doin2much7 has launched numerous singles and albums, with "Deep In Tha Zone'' being one of his most-streamed tracks. This…